Sharing our Vision to 3D Print from Reclaimed Plastic in Texas

After reflecting on Aruba at Atech2016, Matthew and  I were convinced that our vision to 3D print from reclaimed plastic, albeit premature, was a passion we were compelled to continue sharing. We also felt it was imperative that in addition to casting our vision overseas, it was just as important that we pitch the opportunity to join our cause to our colleagues in Texas.  For this reason, I took a break from travel to join Mike Strong, Gigabot and Todd at the 2016 Austin Bunker Muster, a short walk…err roll….down the street from our Austin office. 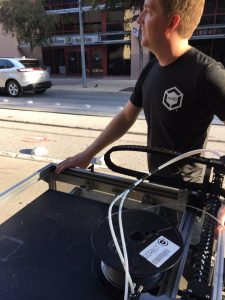 We arrived a little sweaty, but stoked to assist our friends at Austin Bunker Labs in setting up for their annual fundraising event. Mike & Todd volunteered to help with setup & lighting while I paced around the block, practicing for the pitch competition that evening. The Muster in Austin was a unique event that brought together participants and partners for a day-long event of veteran entrepreneurs pitching their businesses, an Idea Lab for speakers, and a marketplace to buy products from veteran-owned small businesses. As a veteran employer & owned company, our entire team was humbled to support the festivities. 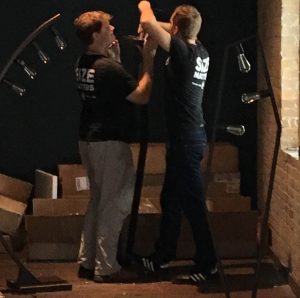 The day flew by as we listened to talks, demoed Gigabot, and chatted with old friends such as Marcus from Vthreat.  We also made new relationships, including JP Morgan Chase, re:3D’s new banker!

As the evening drew a close, I found myself incredibly nervous as we prepared to pitch against 20 peers. Unlike past competitions, this time we took the stage in front of friends, not strangers. These contestants were heroes we revered, who had sacrificed time & limbs for opportunity. Taking the stage with them was perhaps the greatest honored of my life. Normalized with stage-fright and determined to support our buddies, we celebrated each other and our companies’ successes to date. 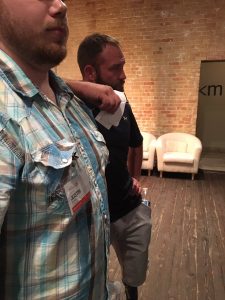 During the event, I struggled to convey our strategy for repurposing post-manufacturing waste into 3D printers in less than 90 seconds. Further adding to the anxiety was the realization that without winning, we would not have the resources to begin explore 3D printing from recyclables in Q1 2017.  It was only by leveraging the encouragement from friends like Travis from Stump Armour we presented our desire to 3D print from trash. With so many outstanding competitors, we were stunned to learned the community had honored us with $5K to make our idea a reality! 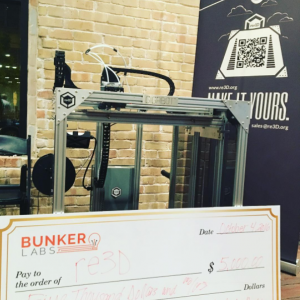 Where do we go next?

With $5K in hand we re:3D received much-needed affirmation that 3D printing from recyclables was not only something inherently right, but offered benefit for our neighbors. Taking a selfie with Austin Mayor Steve Adler gave us certainty that Austin & the Bunker community could incubate our audacious idea! 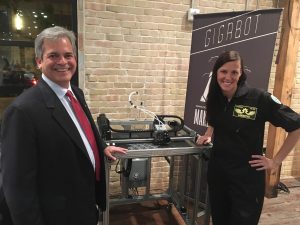 Below are our notes that reflect our new open source filament testing. ASTM test samples are being created and in the upcoming months you can anticipate a summary on our website about our adventures in 3D printing material science. 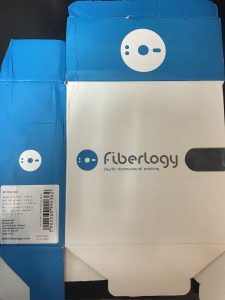 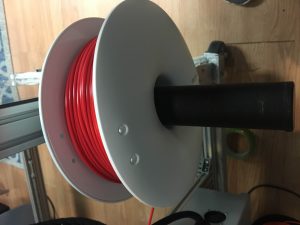 Ease of use: Working with this filament was very enjoyable. It printed easily, was consistent and predictable. No breakage was noticed. The PLA appeared to be of a high quality.

Appearance: The filament displayed a pleasing red tone with an incredible sheen!

Size consistency: Awesome, less than 0.1mm within the roll, the filament measured 2.851mm 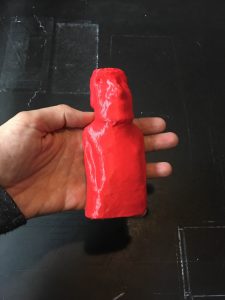 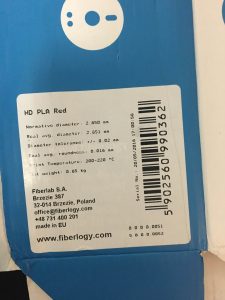 You view watch a video summarizing our testing here: 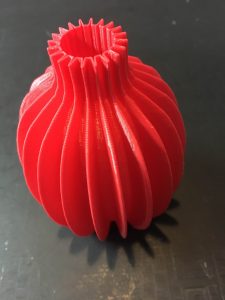 Join our forum where we have initiated a thread about our experience at: 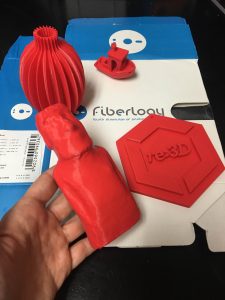