From Rubble to Rebirth

In addition to the tremendous human suffering and loss in Syria, there is another component to the war which has taken an entirely different toll on the country and its psyche: the destruction of its cultural heritage.

Part of ISIS’s path of destruction has been on the ancient cities’ architecture themselves – they are decimating not only the human population but also their history and culture.

The city of Palmyra is one such example.

Palmyra, a UNESCO World Heritage Site, was once a Silk Road oasis that stood as one of the best-preserved ruins of antiquity before it was targeted by the violent extremist group. UNESCO Director-General Irina Bokova referenced Palmyra as an example of ISIS seeking to “destroy both human lives and historical monuments in order to deprive the Syrian people of its past and its future.”

But from the destruction and rubble came a glimmer of good. This is where the story of #NEWPALMYRA begins.

Forward-thinking Bassel Khartabil, the Creative Commons Syria leader, open source software developer, educator, and free culture advocate, began 3D modeling the endangered ruins of Palmyra back in 2005. In 2012 he was unlawfully imprisoned by the Syrian government for his work, and in 2015 was sentenced to death by the Assad regime. His current whereabouts are unknown.

After his arrest, his friends, family, and community rallied around his vision to create #NEWPALMYRA, a non-profit organization with the goal of “freeing Syrian culture digitally, providing agency and advancement for the Syrian people through cultural heritage and digital preservation.”

Creative Commons – a non-profit “devoted to expanding the range of creative works available for others to build upon legally and to share” – hatched a plan to debut #NEWPALMYRA “in the flesh” at their 2017 Summit in Toronto.

And this is where re:3D joined the story.

When our team heard about the possibility of helping out on such a project, we jumped at the opportunity. Mike Battaglia, Usability Engineer and Community Support Manager at re:3D, explained, “I had read about the destruction of Palmyra and was very inspired by Bassel Khartabil’s efforts. Helping preserve this landmark cost him his freedom; when I heard re:3D was supporting the project with a large-scale print I was excited at the thought of us helping continue where he left off.”

The piece that Creative Commons decided to bring to life for the Summit was the impressive Tetrapylon, one of four massive quad-column structures which mark the route of a road or central place in the city. These large structures were destroyed by ISIS in January of this year, as reported by The New York Times.

Creative Commons was looking for a machine capable of producing a version of one Tetrapylon which did testament to its immense real-life scale, which is how Gigabot entered the equation. We reconstructed a scaled-down Tetrapylon standing seven and a half feet tall and weighing in at over 200 pounds (90+ kg).

Using digital 3D models of the Tetrapylon provided by the #NEWPALMYRA team, Mike created printable files from the models. As he explained, “3D printing requires error-free ‘watertight’ models to create clean prints.” To accomplish this, he “ran the columns through several repair algorithms until they were good to go, redesigned the base to be better fit for 3D printing, and chopped up the model into smaller pieces that would fit [Gigabot’s] build volume.”

We broke the Tetrapylon into 25 separate pieces, clocking in around 800 hours of print time total. The biggest challenge for re:3D – as many of our bot owners can likely relate to – was working with this massive number of print hours. “The parts were so large that the print time estimates were through the roof,” said Jeric Bautista, Product Engineer at re:3D. Mike added, “This was the largest print that re:3D has taken on to date.”

As for the sheer size of the print, Mike remarked that, “The fact that we had to design in safety measures because of the weight of the object was new to me. If one of those columns were pushed out, whoever was standing next to it could have had a very bad day.” For safety purposes, Mike designed channels into the print to run rods down each column, locked into place with 4×4 wooden blocks.

Coupled with the challenge of the overall size of the object was the detail variation within the print. While some parts of the structure are large and uniform – like the columns – other parts are so fine to the point that dual extrusion printing was required. The print resolution throughout the Tetrapylon ranges between ultra-detailed 200 microns and very large layers of 600 microns.

Jeric explained, “The completion of this project hinged on our R&D efforts to enable high-flow printing on Gigabot that drastically reduced printing times, as well as reliable dual extrusion printing to create highly detailed parts.”

Steve Johnson, lead Machinist and Programmer at re:3D, was in charge of creating a new hot end for the job. He explained his task of manufacturing one with a “longer heating area that would allow us to extrude faster because of the size of the print and the short time frame we had to complete it in.” He designed and machined four hot ends to be used for the project.

The tackling and subsequent success of this challenge reverberated throughout our engineering team.

Gigabot owners will be happy to hear Jeric’s take on things. “I want to go bigger and faster,” he said. “Going back to R&D – we were able to multiply our material output 5-10x for this project, but of course we won’t stop there.” He added, “I’d like to see how our ‘big printing’ R&D initiatives will put us in an even better place to tackle projects at larger scales.”

Crossing these technical challenges was one aspect of what made this project so rewarding. “Not only did we jump over multiple technical hurdles to get the printing done, but it was awesome to see everything literally come together before our eyes,” Jeric said. “And that was just on the 3D printing side, which was the last piece of an already long-running initiative.”

The initiative was over a decade in the making and required the cooperation of many different parties, making the success even sweeter. Working in conjunction with #NEWPALMYRA and Creative Commons on this project was an incredible honor for us.

“My favorite part of this project was how collaborative it was,” Jeric commented. “It required folks contributing from so many different spheres to make it all come together at Creative Commons Global Summit.” He went on, “There’s also something to be said about the power of open information and distributed manufacturing to preserve history and culture.”

The final reveal in Toronto was a culmination of countless hours of work by multiple different parties – the print’s completion hinged on a truly collaborative effort.

“It was so moving to see the New Palmyra unveiling at CC Summit and seeing everyone’s reactions, knowing the weight of what the project meant to all of them,” said Jeric. “It really brought things full circle, and was a great example of what is possible with open source projects.”

Of his experience, Mike said, “I was honored to have the opportunity to contribute to this project! I think this is one of the first of hopefully many preservation efforts for other cultural landmarks.”

The #NEWPALMYRA undertaking sets the stage – and the bar – for similar projects. As Mike remarked, “Museums like the MET and Smithsonian have already recognized the value of preserving their own collections of cultural artifacts via 3D scanning and 3D printing. Now let’s continue the same in large-scale.”

One can’t help but see the impact this project will have on future cultural preservation efforts from both intended destruction and natural degradation over time.

“My hope is that cultural heritage sites are preserved with 3D scanning as quickly as possible,” said Mike. “Having a digital back-up may even help to deter ISIS’ demolition in the future, since the symbolic value is lessened once a backup exists. We can even preserve the feeling of being at these sites with VR, and I hope this happens as well.”

As Jeric put it – “Full scale New Palmyra exhibits, anyone?” 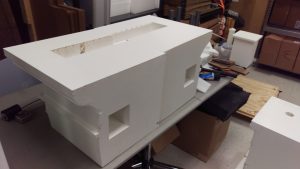 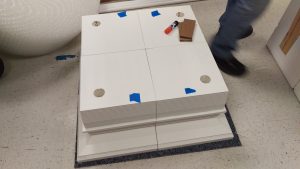 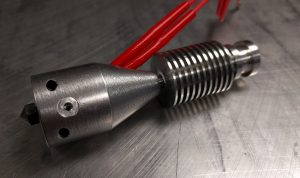 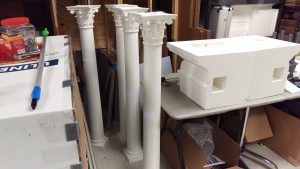 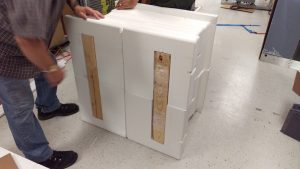 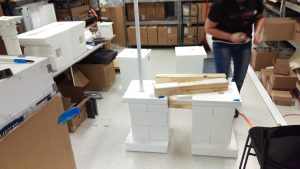 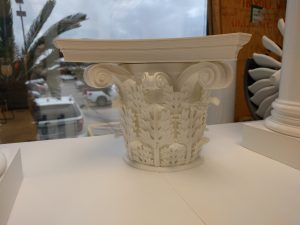 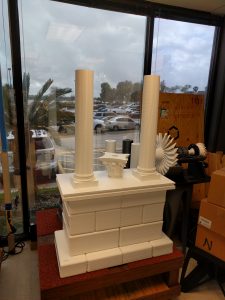 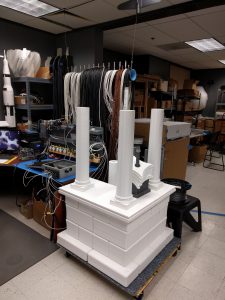 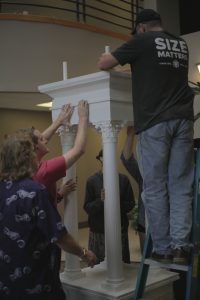 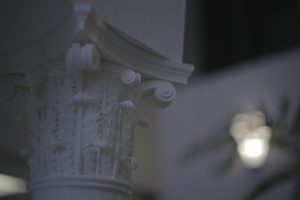 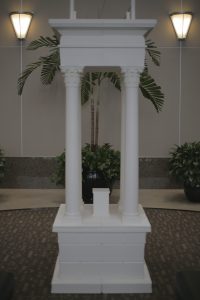 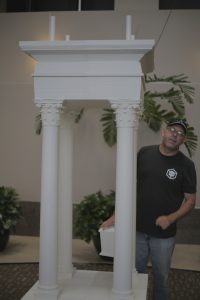 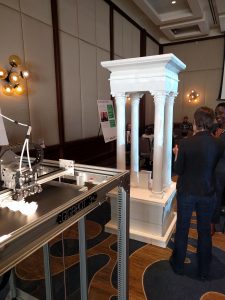 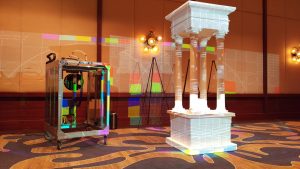