On April 9, 2019 re:3D hosted the first annual FFF1: Polymer Derby!  You may be wracking your brain trying to figure out what we are talking about here, so let me explain: 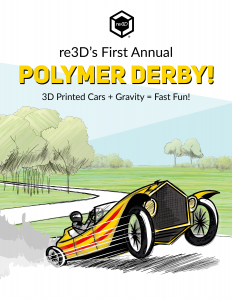 We challenged each other to a gravity car racing competition.  Quite similar to a Pinewood Derby (in fact we borrowed a pinewood derby track from local Cub Scout Pack 595) – each competitor designed a car, printed it on Gigabot, attached some wheels – and we were off to the races on derby day!

As a distributed team, with competitors in Houston, Austin, Puerto Rico, and New York – we established a rule from the start that you must design your own car  and if you require help with your design (since not everyone is a 3D design wizz) you had to reach out to someone in a different location from your home office.

We thought this was a great opportunity to not only get everyone designing and printing in 3D – but to also make sure that our distributed team members interacted with someone from a different office on something fun that wasn’t just work related. 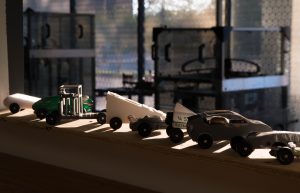 Almost immediately after announcing the competition, (in mid-January) we had questions, everyone wanted to know the rules, which admittedly didn’t yet exist, and our engineers were particularly interested in finding loopholes in said rules so that they could cheat the system.  I promised the team that I would write-up an entire tome of rules and got to work, we started with the basic size parameters (borrowed from the pinewood derby to fit their track), and then added layer upon layer of bureaucracy and ridiculousness on top of what should be a relatively straightforward idea (I will post rules examples at the very end of this post).

The cars had to:

Ultimately the designs were up to each individual’s creativity. 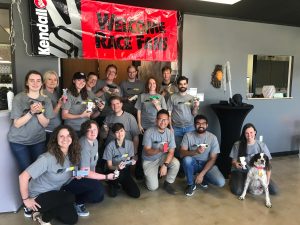 Come derby day, there was an amazing diversity in designs.  The track was setup in the front showroom of our Houston HQ.  We had an official weigh-in and measurement period to check that all cars conformed to the rules.  We made up t-shirts to memorialize the day.  And then we started the competition.

Each competitor chose a number from a hat – to get randomly assigned a place on our competition bracket.  We then competed best out of 3 heats, with racers switching sides (there were only 2 racers at a time) after each heat. As the day went on, the biggest determining factor in the fastest cars was the weight.  Any racer that was below 5.00 oz was at a distinct disadvantage, and all of the cars in the quarter-finals and beyond were at the target weight exactly.

When all was said and done we had a winner! Technically we had two winners – the Fastest Car – won the racing piece of the competition.  The Flyest Ride – was voted as the best looking car by all of the competitors.   Congratulations to Samantha (fastest car) and Mitch (flyest ride).

Stay tuned for more Polymer Derby fun, as this will definitely become an annual event at re:3D, and perhaps across the world?!  Sign-up for our newsletter to always be up-to-date on what’s happening at re:3D. 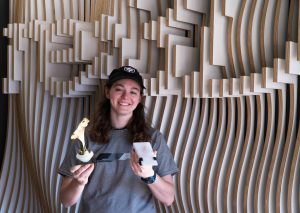 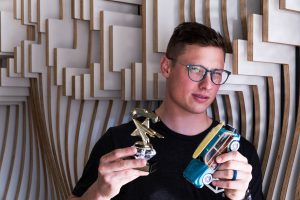 Looking forward to next year’s competition! 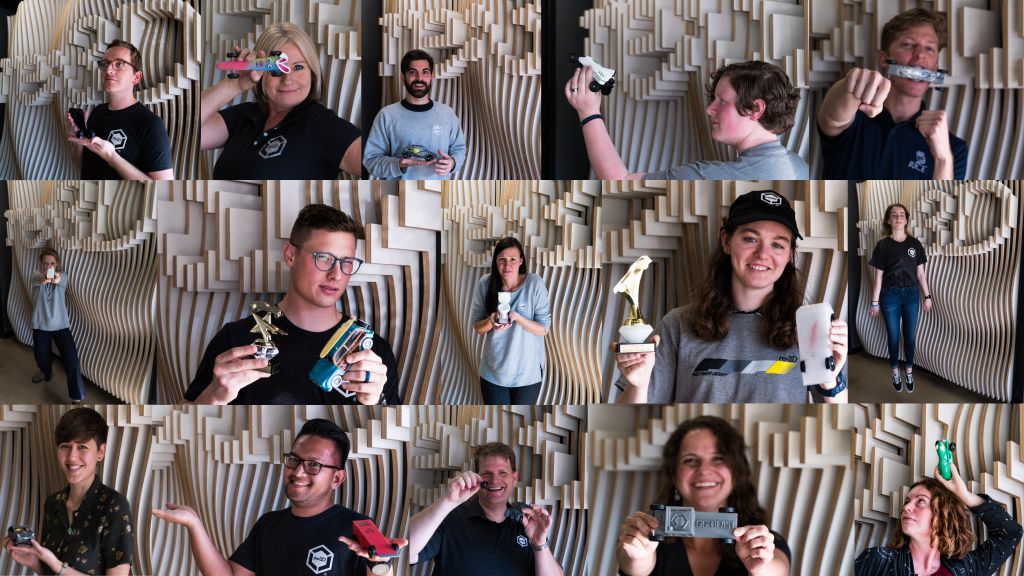 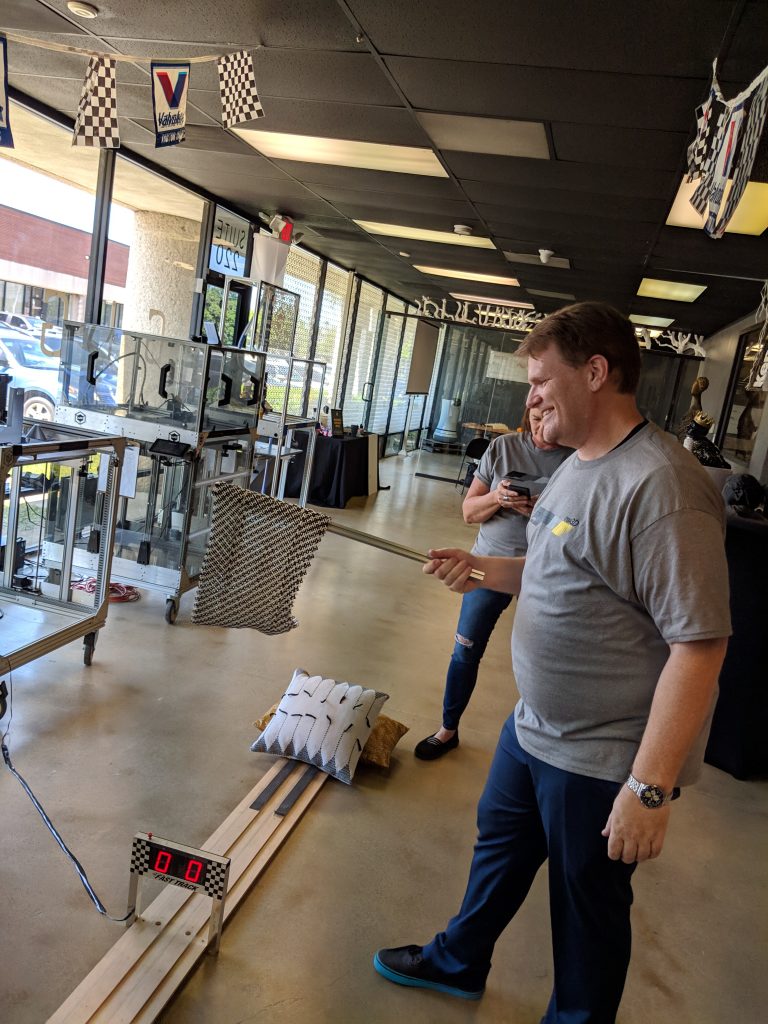 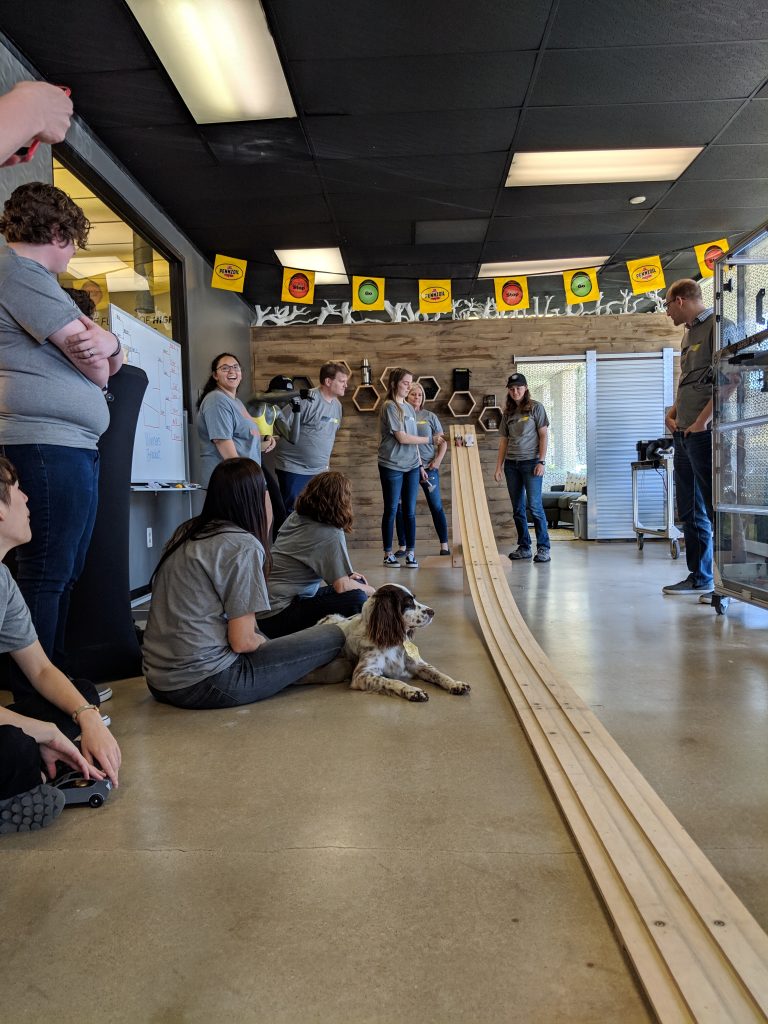 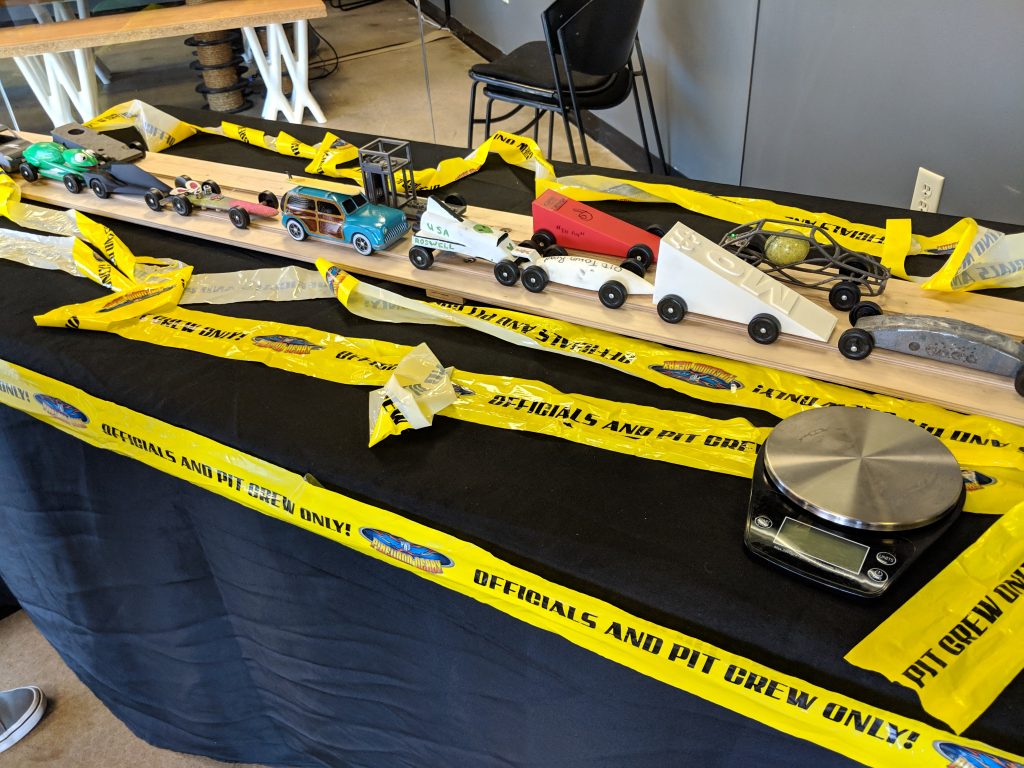 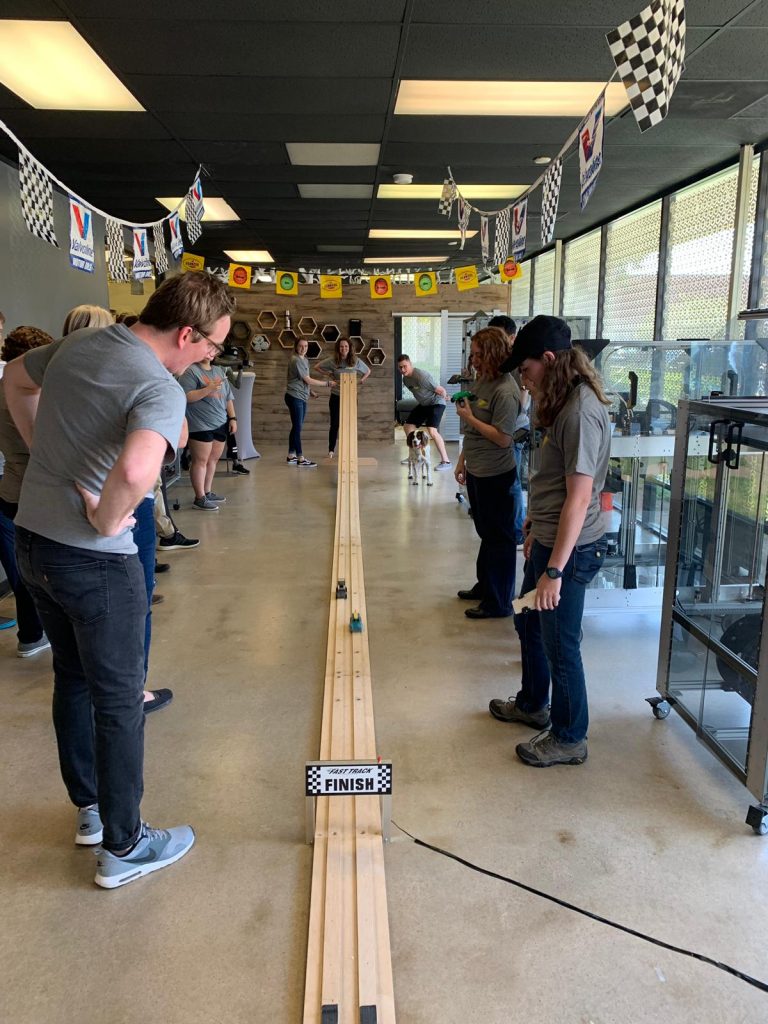 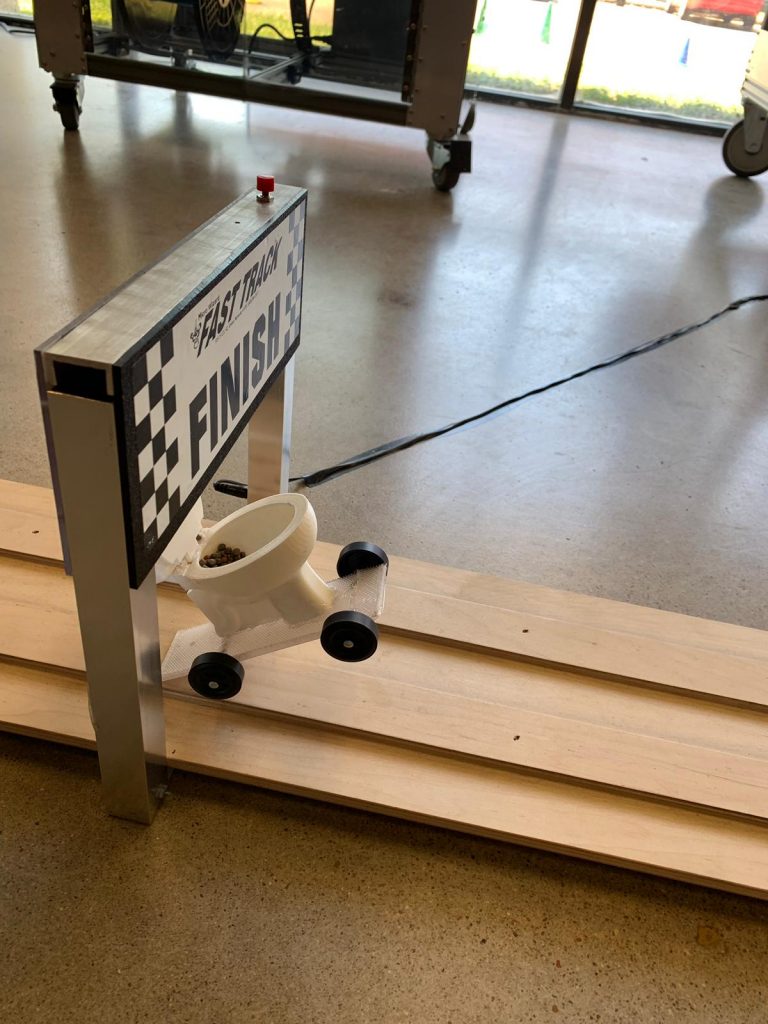 International Polymer Derby Congress Rules & Regulations (These are just a small sampling of the rules for this competition):

Inspections: The day of the race, while style voting and race seeding is taking place, race officials will open the Inspection Zone:

Style Voting: While the fastest car down the track is the ultimate winner – there will be style points given out for the car that looks the best.

Grievances:Official grievances may be filed.

Or hand delivered, with a bow/curtsey, directly to the Rules Czarina or Czarina designate for an immediate ruling