The OpenGB project gives us a chance to think about how to add design elements or change the Gigabot configuration to make it fit better in a home office setting.  There are a few of us at re:3D that have Gigabots at home and also have cats, dogs, babies and whatnot.  Unfortunately our loved ones don’t really use common sense when jumping on the Gigabot or nibbling on it to see what it might taste like.  (I have explained to Mr. Squeakers that the Gigabot is not a cat toy / house, but he’s a bad listener.  It is a character flaw.)

So at the preliminary design review we identified a couple of area to see if we can make less tempting for little hands or paws. What do you think? Do you have a cat that attacks your 3D printer? Let us know, email patrick@re3d.org. 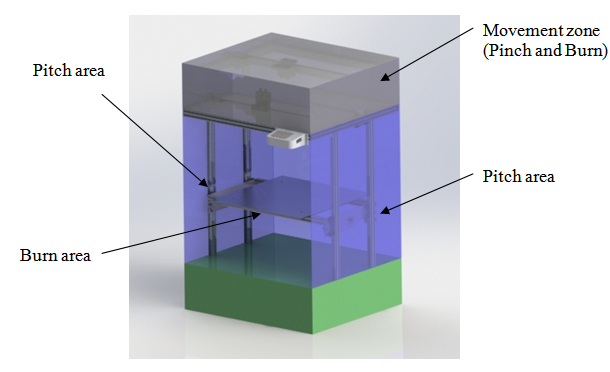 Because of it’s large print volume the Gigabot 2.0 does not fit through many interior residential doors.  While there is some work arounds for this in a pitch, OpenGB is an opportunity to try to balancing shrinking one dimension of the Gigabot to less than 30 inches while trying to maintain the large build size.  How big are your doors?  Email and let us know, (patrick@re3d.org)  My interior doors are around 30″, and searching Home Depot and Lowes doors seem to be 30″, 32″, and 34″.  But there doesn’t seem to be a standard (for internal doors). 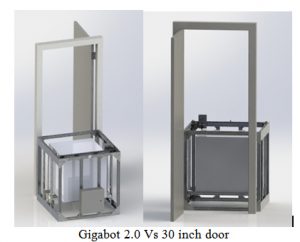 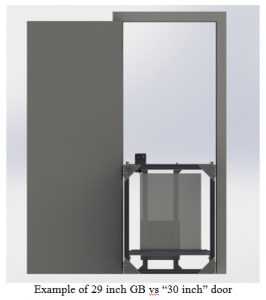 Jon Schull of the Rochester Institute of Technology (RIT) is the leader of a global volunteer network called e-NABLE. Volunteers build prosthetic hands out of 3D printed parts for young children all over the world, or send the parts so kids and parents can take part in the building themselves. The network really does “enable” people by giving them a “helping hand”. 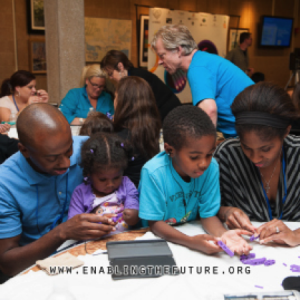 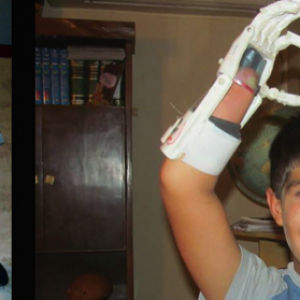 re:3D got wind of the news when several chapters of e-NABLE applied to the Great Big Gigabot Giveaway last summer. Not long after, re:3D’s Catalyst, Samantha Snabes, visited Frankie Flood at the University of Wisconsin and David Levin over the net, while re:3D’s Chief Hacker Matthew Fiedler visited the first e-NABLE conference, also the  first event re:3D ever sponsored. Before long, re:3D had donated a Gigabot kit to e-NABLE.

Jon Schull comments, “With their generous donation, Gigabot is helping create a world in which global communities can turn bigger ideas into bigger and more empowering realities. Sometimes bigger really is better!”

e-NABLE will be putting their Gigabot to good use right away:

“There will be a team of 4-5 students working on this design at the MAGIC ACT lab at RIT this fall and having access to this printer [Gigabot] will make their research and development, prototyping and print times much faster and more efficient.” 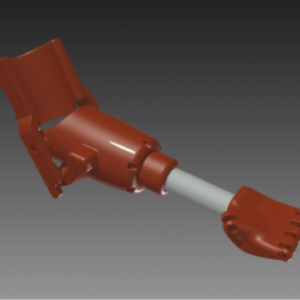 e-NABLE uses a variety of technology, such as exoskeletons and myo-electric engineering. However, mechanically driven prosthetics such as the RIT Arm prosthetic requires no electricity to operate. In situations where recipients have difficulty affording or maintaining devices with higher technological developments, or live in high-risk areas where expensive electronic parts are liable to be stolen, a mechanical arm would be invaluable.

In addition to the RIT Arm, e-NABLE‘s growing collection of prosthetic devices help address a wide array of specific needs. Other devices include: 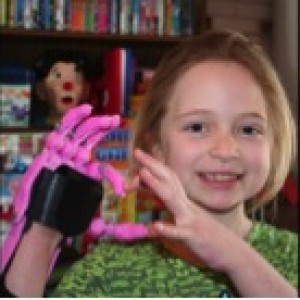 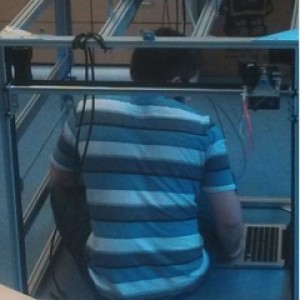 “Erik in the Penalty Box” –during Gigabot assembly, Erik Freeman, a student working with Jon Schull at RIT

Want to chat? Email me at sunny@re3d.org.

Save HUGE with 15% off all hardware & 10% off all services through Nov 30th. Use coupon code at checkout: BLACKFRIDAY20GIGASALE