With two WeWork Creator Awards (and two wins!) under our belt, we thought you might enjoy some quotable nuggets of our journey from the Austin stage to New York City. We hope we can inspire another Creator out there to enter for yourself!

A Silver Lining in the Eye of a Hurricane

Everything started back in June of last year when we won the $180,000 Scale Award at the WeWork Regional Creator Awards in Austin.

That cash from WeWork allowed us, as Head of Engineering Matthew Fiedler likes to say, to shorten a year-long process down to six months – that of creating a pellet extruder prototype. R&D Intern Robert Oakley and Matthew have been hard at work on the design, which we got to show off at the Global Finals. 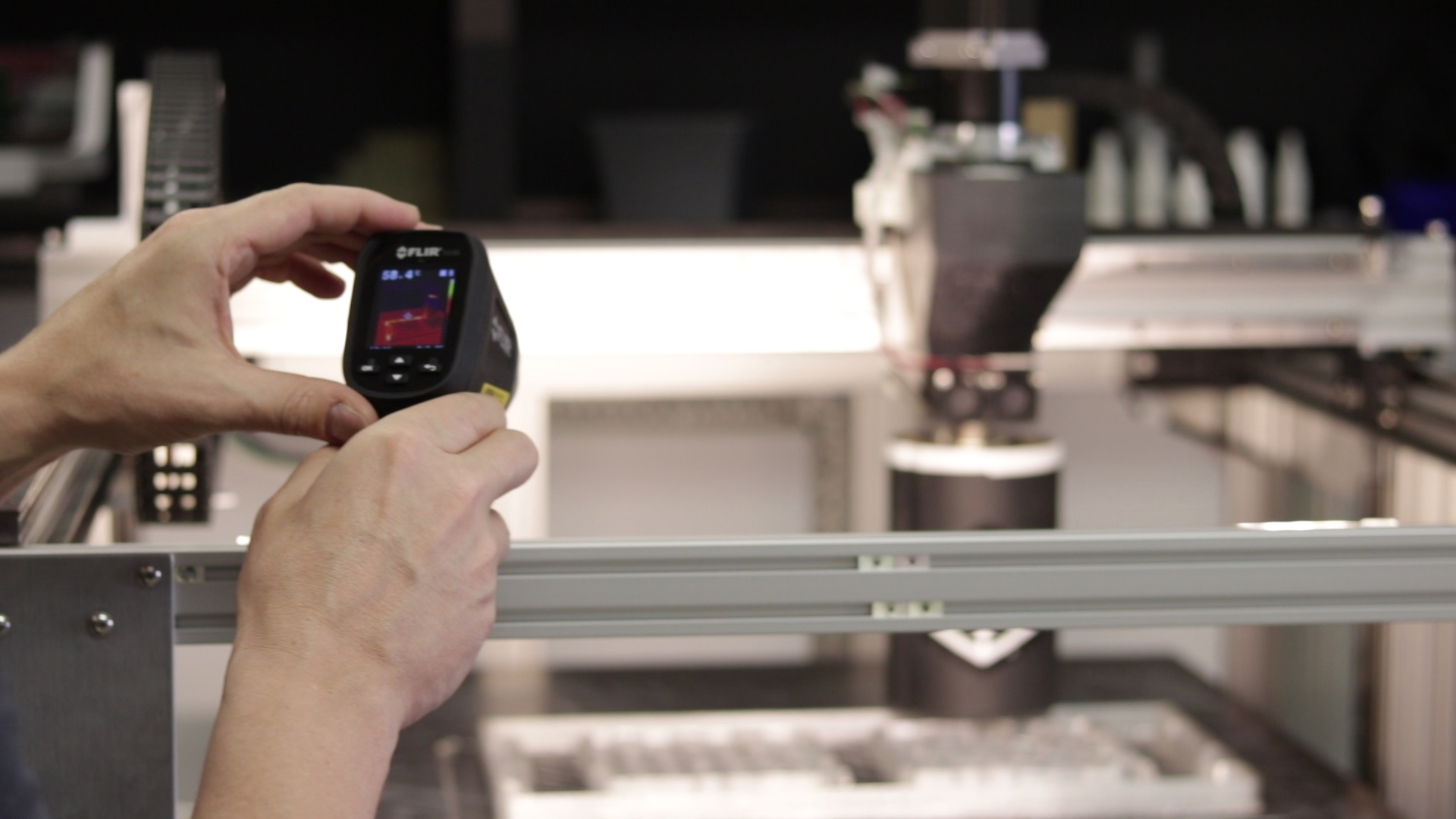 We also established a more permanent presence in Puerto Rico, spurred on by our participation in the Parallel18 accelerator program.

We never could have imagined that just months after starting that program, not one but two of our offices would be hit by catastrophic hurricanes – Harvey in Houston and Maria in Puerto Rico. Our offices were spared damage, but what the twin natural disasters did do is reinforce our belief in our mission of creating a system to take plastic trash, grind it up, and 3D print with it.

With Hurricane Maria and the subsequent loss of running water in Puerto Rico, there is no shortage of plastic water bottles on the island. An island community is exactly the kind of environment in which a system like this would do so much good. Rather than resorting to shipping plastic waste to the mainland, a machine that could 3D print with recycled plastic could do the double-duty of creating useful objects in an isolated area while simultaneously dealing with the plastic problem.

We’re excited about the possibility of creating a machine that could be so useful in such an environment, and we also feel privileged to be in Puerto Rico working with some of the most driven, motivated people.

“It is a really optimistic place right now,” Samantha remarked. “People are really inspired.” Many millennials, she’s noticed, have thrown themselves into the task of rebuilding in the aftermath of the hurricane, leveraging technology to create a new future. “They believe in their island, and I’d say the sense of nationalism is higher now.”

Winning the WeWork Creator Awards in Austin allowed us to start hiring in Puerto Rico, and the latest win will afford us to continue. 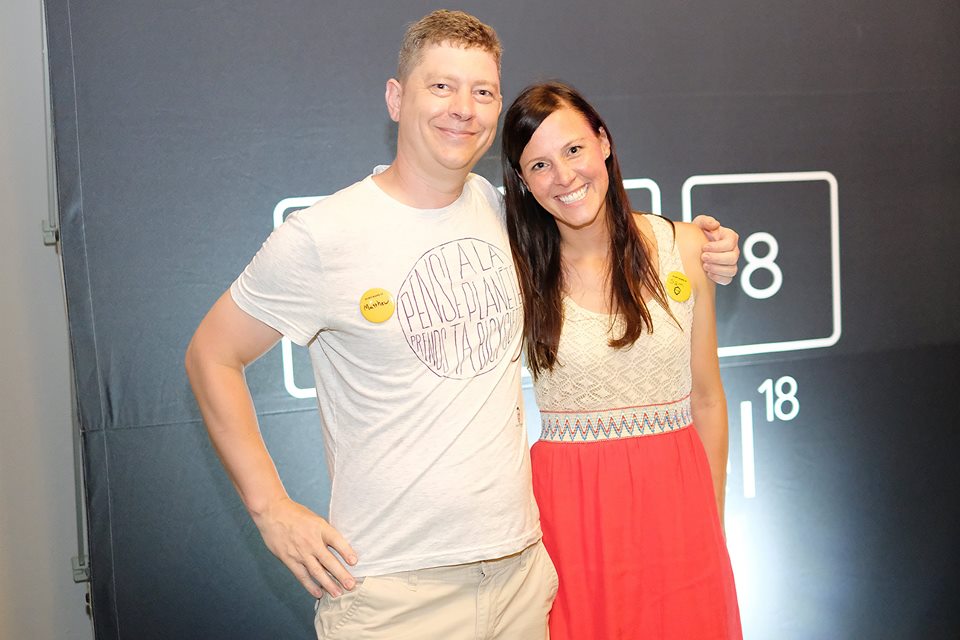 Winning the Scale Award in Austin was a big deal for us, so getting the word that we’d be one of eight finalists vying for $1 million at the Creator Awards Global Finals in New York City was huge.

You already know what that crazy week was like (and if you don’t…), so I’ll fast-forward to the main event.

J. Kevin White of Global Vision 2020 and Samantha are the last two left sitting in the room offstage where all the finalists were being held. Wearing noise-cancelling headphones, they’re unaware that everyone is being awarded money, and that both of them will be getting $1 million. Samantha recalls the thoughts running through her head in the moment.

When we saw everyone but us leave the room, we both looked at each other and were confused. We considered that perhaps the winner had been revealed and we were receiving a side award or other commitment of support from WeWork or a partner. We were in shock that there could be a chance we might be receiving 1st and 2nd place.

They’re brought on stage. Samantha’s face goes through a rapid-fire sequence of emotions.

“When we were brought on stage everything around us seemed to slow down,” Samantha remembers. “Kevin has become a friend in this process and while I recall him standing there, everything else was a blur.”

The first thought Samantha says entered her head when she realized they’d both won was happiness that the whole team was there to experience the moment, whether in person in the audience or via livestream in Texas or Puerto Rico. This included longtime friend and mentor Seba, currently Parallel18‘s Executive Director, whom we met back in 2013 when he was the Executive Director of Startup Chile.

“Winning itself was surreal,” she says. “Every morning I wake up and have to remind myself that Wednesday night really happened.” 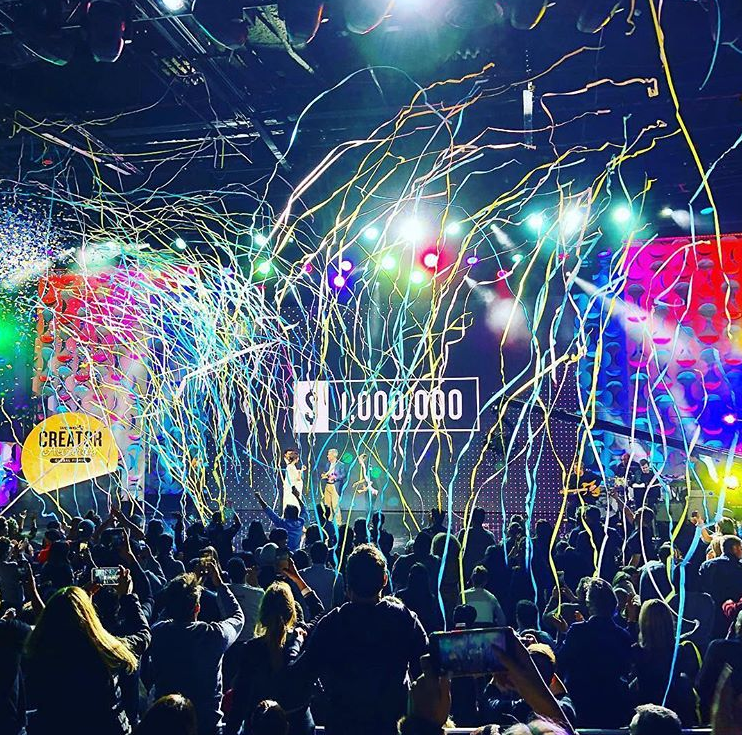 No Such Thing as Overnight Success

It’s been a long road to this moment.

re:3D was born in 2013, and five years later nearly to the day, this 2018 win has been our biggest cash influx since our inception. Patience and perseverance have been the name of the game. To finally have in our hands the means to push full-speed toward our mission of 3D printing with trash, it can seem unreal.

Things could be so hard and lonely at times that it seems really unbelievable that we now have such a perfect partner (WeWork). I’m worried that at any moment it will set in and I’m going to break down in hysterics, because several times a day I’m overloaded with gratitude. Kevin and I spoke on the phone last night, and his experience has been very similar. I’m so thankful that we can share this experience together.

The WeWork win isn’t big for us only because of the size of the prize, it’s the type of partner we see in them – an organization with a similar mindset and vision to our own.

Although the win may not have completely sunk in for Samantha, she’s caught herself pausing multiple times a day to reflect on the newfound peace she’s felt lately. “Knowing that we have the resources to scale & care for our team & community,” she explains, “but more importantly, that we have a partner we respect and who supports our open-source, social-focused vision.”

The big Creator Awards win means a lot of different things to our team.

It means the resources to work on a major R&D project, the ability to grow our time, time to focus on telling the stories of our customers, health insurance for the team.  re:3D’s Head of Engineering, Matthew, added that the win provided “validation that there are other people who share our vision.”

And we’ve only just begun.

“The thing I love the most is knowing that the journey is just getting started,” says Samantha. “Not only are we excited to grow with WeWork, but also the other Creator Awards winners and future Creators we will get to know in 2018.”

And as for those future Creators out there, some wisdom from someone who’s gone through it all?

“The experience is so much more than the awards or winning,” Samantha adds. “You, your team, and your community have everything to gain by submitting your application!”

There’s nothing to lose. 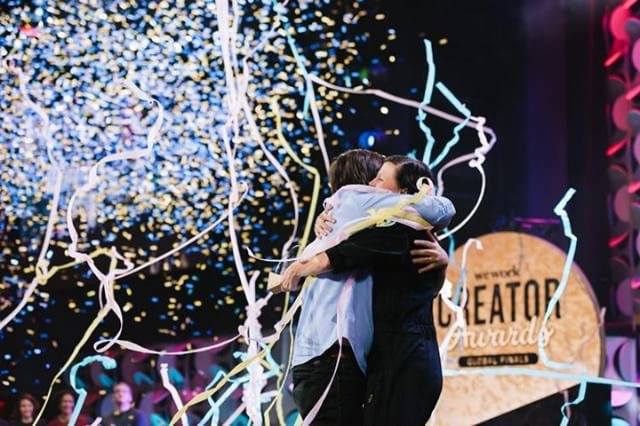 Tonight we’ll be on stage at arguably the most well-known arena in the world, Madison Square Garden.

Seven incredible companies are by our side. One million dollars is on the line.

These are the WeWork Creator Awards Global Finals.

What are the WeWork Creator Awards Global Finals?

If you don’t already recognize the WeWork name, it’s time to get aquainted.

WeWork is, as their website says, a global network of workspaces where companies and people grow together. But it’s more than just office space. They’re the self-proclaimed platform for creators, and they’re putting their money where their mouth on this statement with the Creator Awards.

The Awards were “designed to find those world-changing ideas, put them in the spotlight, and give them the resources to go further.” In their words, they’re rewarding entrepreneurs, artists, startups, and nonprofits who are thinking in new ways and creating real change, supporting innovative projects and the people behind them. They’re putting millions of dollars into allowing people to fulfill their own personal versions of the WeWork mantra: “Create Your Life’s Work.”

Over the past year, WeWork has been holding Creator Awards around the world – from Austin (that’s us!) to Tel Aviv. Thousands of applicants, hundreds of regional finalists, and millions of prize dollars later, it comes down to tonight: the Global Finals. 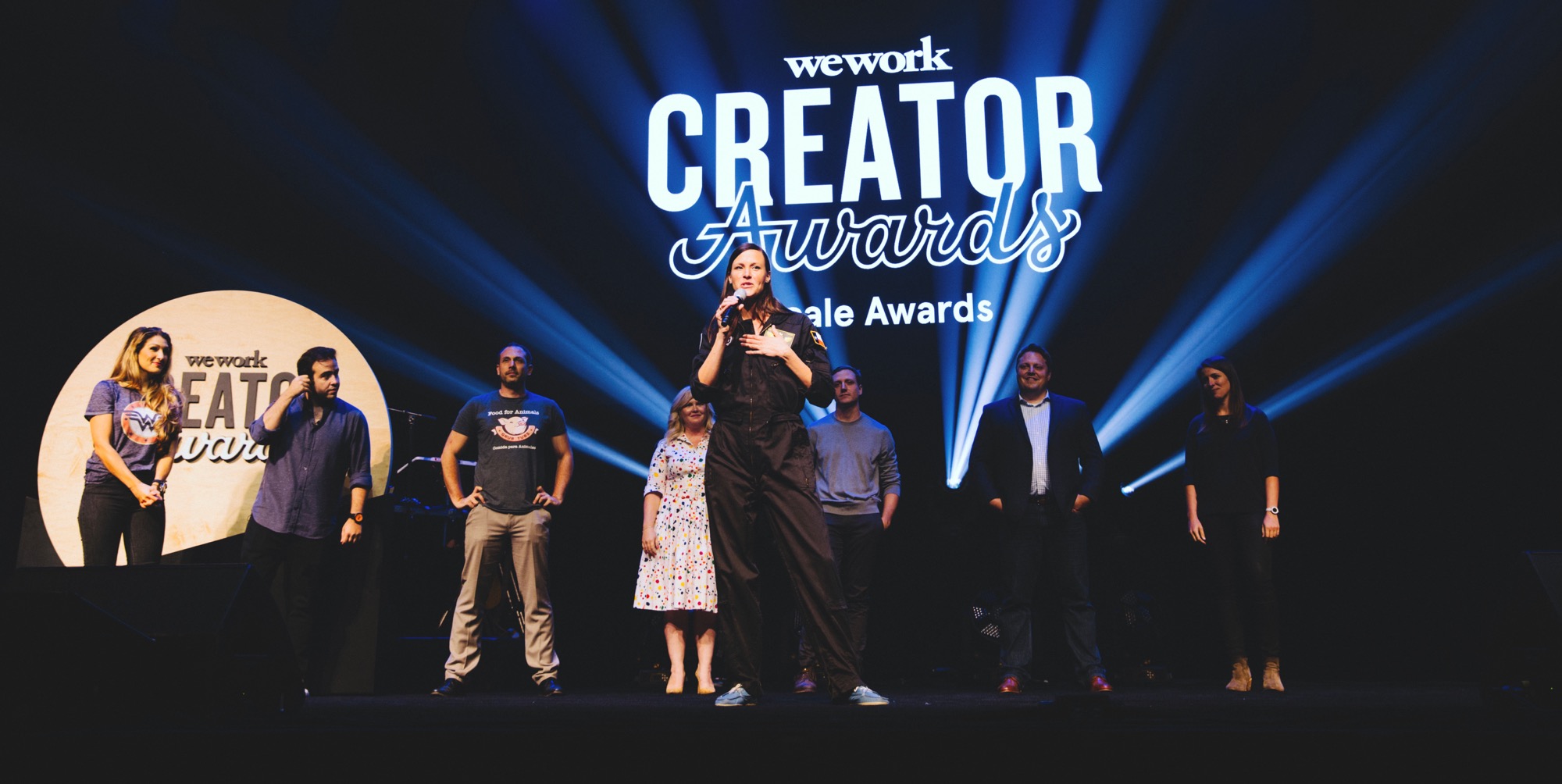 We’re in the company of people and organizations doing absolutely incredible work. The lineup is staggeringly inspiring.

The CEO of Andiamo, Naveed Parvez, whose company in London is using data, biomechanics, and 3D printing to create affordable, custom, and fast medical braces and other devices.

Tel Aviv’s Or Retzkin, the CEO of EyeControl, creators of the first communication device that enables locked-in individuals like ALS patients to communicate using only eye movements, without the need for a screen.

Sebastian Jünemann of Berlin-based CADUS, a nonprofit humanitarian relief organization that has developed and implemented affordable mobile hospitals on the frontlines of crisis in Syria and Iraq.

And then there’s one wildcard, a mystery eighth finalist who will be chosen by popular vote from a group of six semifinalists. 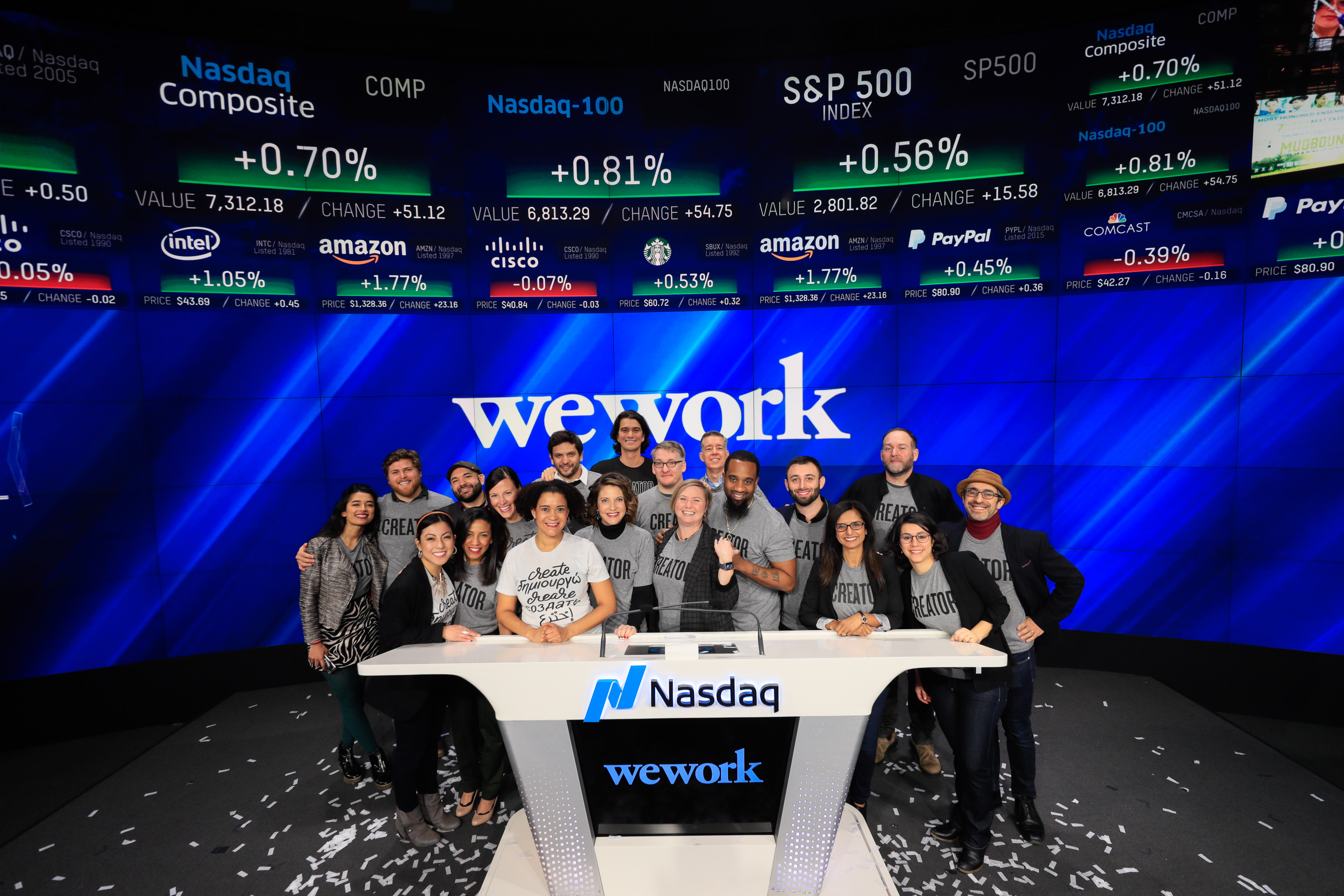 One million dollars. That’s the grand prize the eight of us are competing for. Each organization has unbelievably compelling reasons for how they’d use the money – we can’t say we don’t feel for the judges.

We know you’re curious – what’s ours? We figured you’d ask.

There’s a few different things we’d do with the money, with the main being the development and release of a system to 3D print from plastic waste. Thanks to the Scale Award we won at the WeWork Austin Creator Awards, we’ve been able to prototype a pellet extruder to 3D print using plastic pellets, including pellets made from recycled plastic. Here’s a video about our progress on that project and what’s still to come.

But our ultimate goal is bigger than this.

In order to fulfill the dream of able to shred volumes of plastic trash that would be dried and fed automatically into a printer, there are some resources we need. Winning the $1 million would provide us the financial resources to not only refine our pellet printer prototype to accept ground-up plastic water bottles, but also to allow us to engineer a grinder, dryer, and feeder system to allow people to truly manufacture from waste onsite.

It’s been our mission from the start to create a standalone system that could serve as an on-site factory, allowing a user to 3D print directly from waste. No matter what happens tonight, WeWork has helped take us one big step closer to that dream. We’re so thankful for this experience, the incredible people we’ve met, and the lessons we’ve learned along the way.

Best of luck to all the finalists tonight, and thank you WeWork for the adventure! 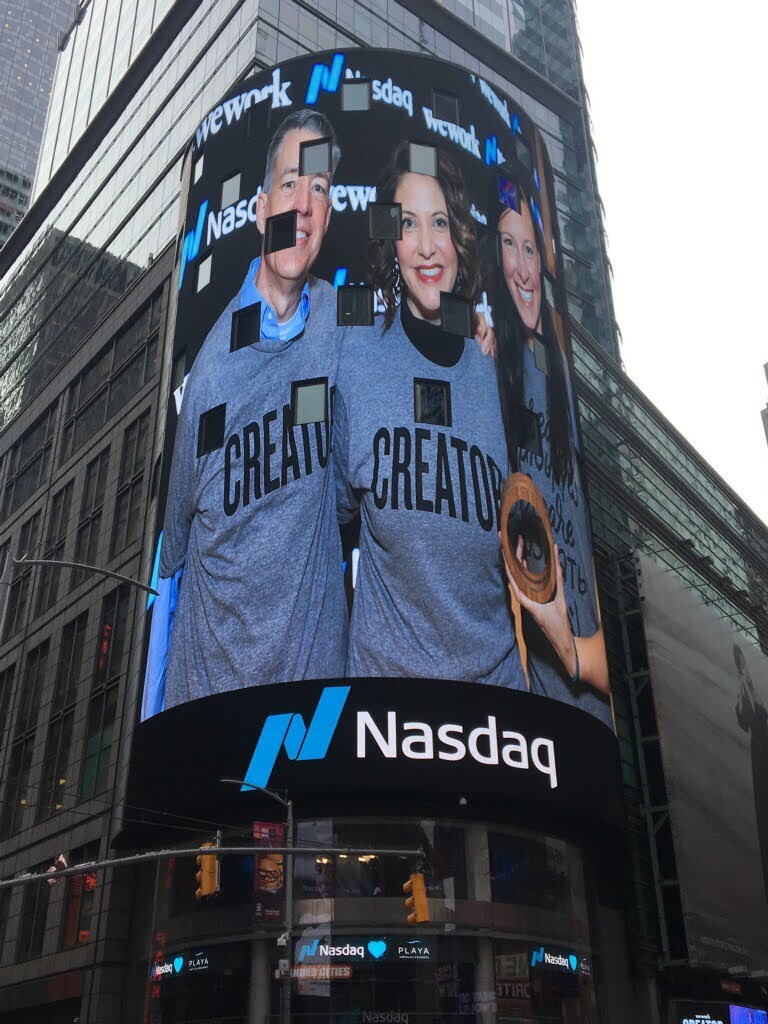 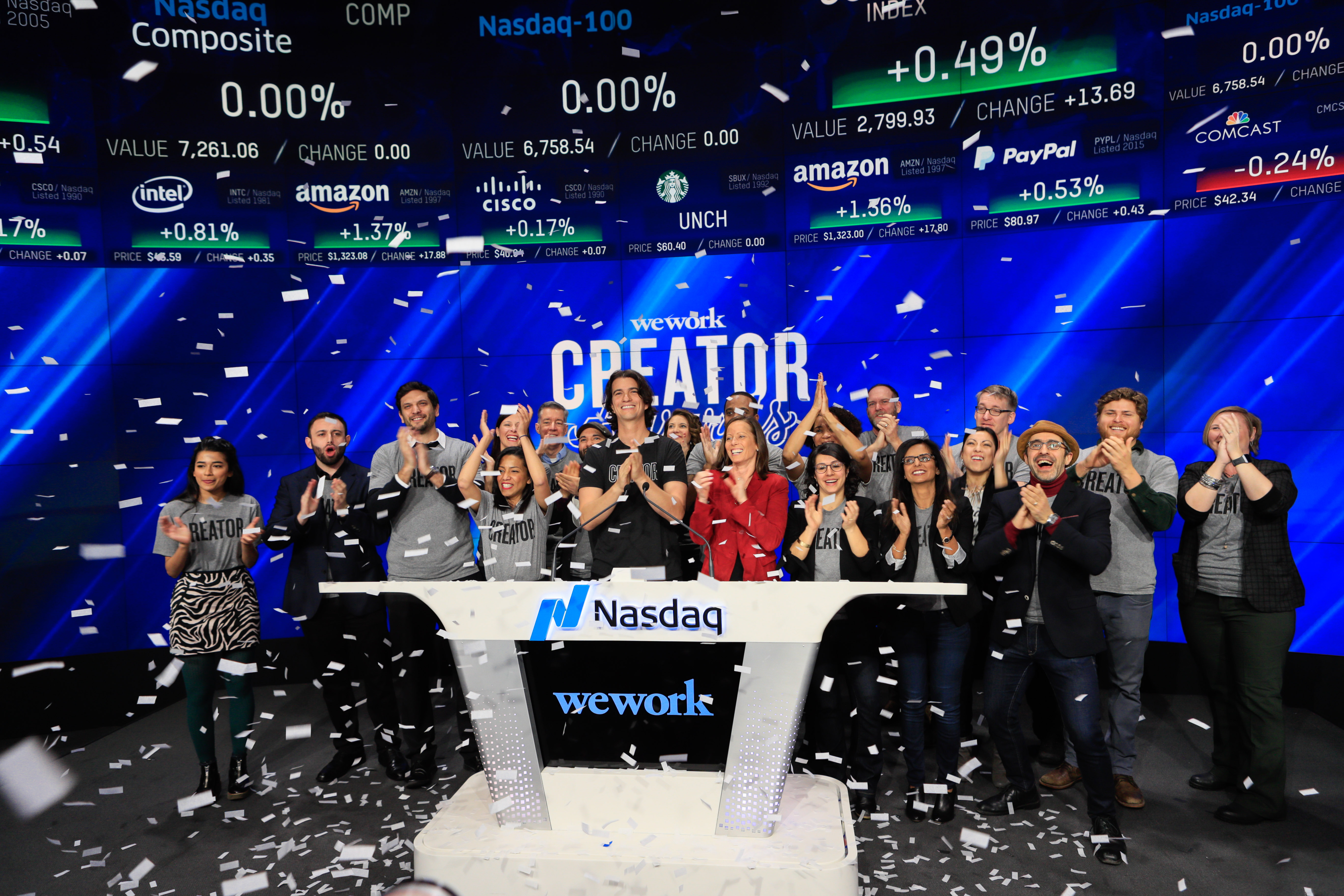 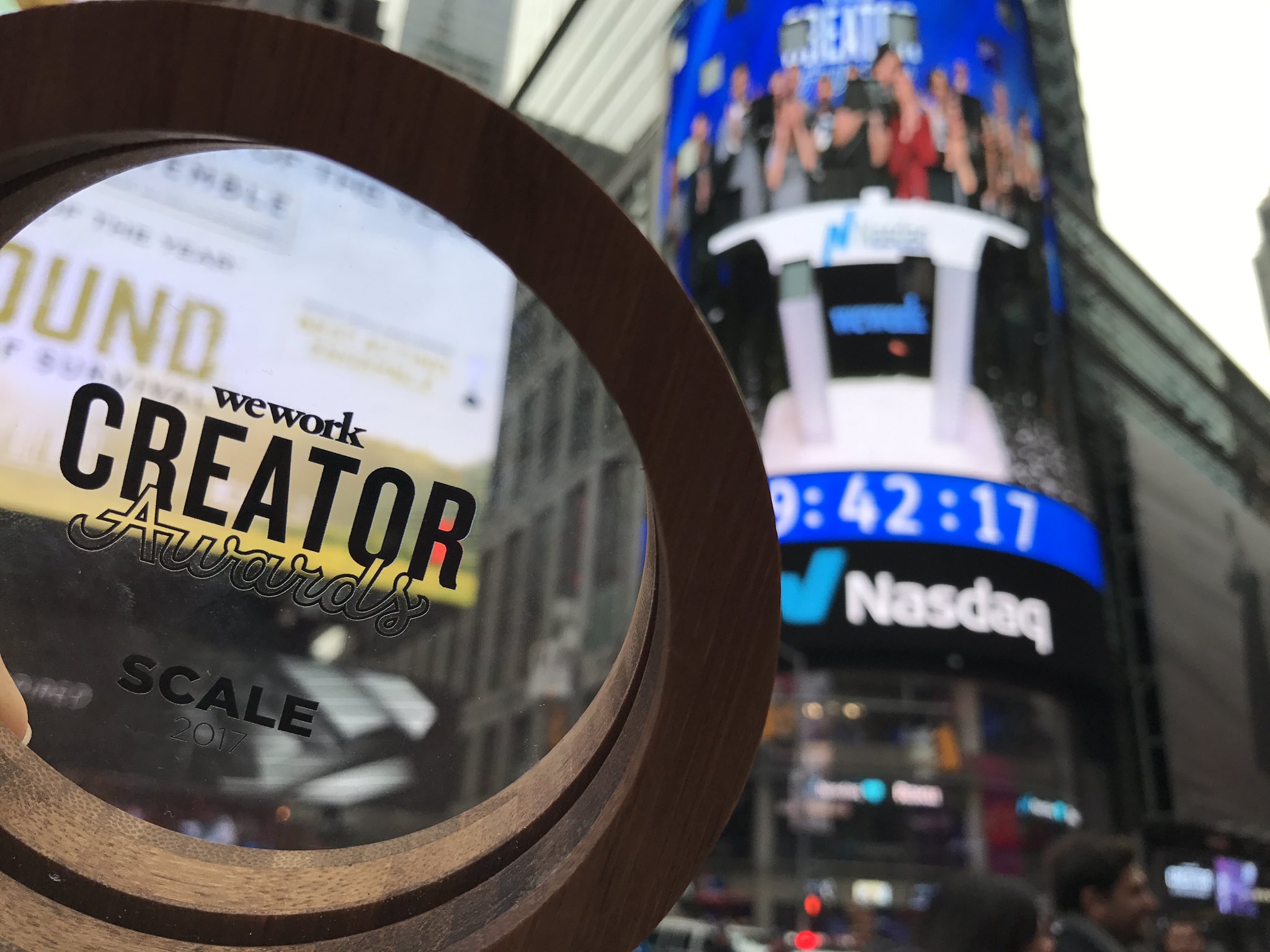