CJ Bryant has done a lot of thinking about success.

“One of the things I’ve discovered over the years is, success is something that can be taught. You don’t wake up in the morning and you’re successful. Somebody teaches you how to be successful.”

He’s in the position of being the shepherd of success for young people who have previously struggled with it in the classroom setting. Bryant is the Technology Coordinator at the Phoenix School in Roseburg, Oregon, a charter school for students who weren’t flourishing academically in the standard high school environment. “All the students here were at risk at one time of academic failure,” he explains.

All this changes when they reach Bryant’s classroom.

The learning that happens under Bryant’s watch is project-based and hands-on, and, often unbeknownst to the students, supplementing the work they’re doing in other courses.

Bryant’s classroom looks like a hybrid computer lab – machine shop. One half is lined with desks and monitors; the other, filled with equipment: a vinyl cutter, laser cutter, drone, foundry, and 3D printer.

The hands-on approach is Bryant’s way of getting through to students for whom learn-by-doing may click where formulas in a textbook fall short.

“[The students] will come down here after being in a math class and they’ll just be really frustrated,” he explains. “And you’re like, ‘Wait a second, why is geometry bothering you? You’re doing geometry in this CAD drawing. This is geometry.’”

Bryant has found that the real-world approach resonates with students, giving them tangible, tactile applications of the information they’re studying in other classes. “This is where math becomes real and applicable. It’s what makes math real and important. It’s not just some formula on a board that you have to memorize.”

As the head of the school’s technology program, 3D printing was naturally on Bryant’s radar early-on.

He wanted a workhorse machine that could handle a constant stream of projects from his classroom: both large, singular pieces as well as bulk batches of student projects. He quickly found himself disappointed.

“I started looking for 3D printers and all there were these little tiny ones on the market, and that was useless,” he explains.

He began attending 3D printing meet-ups to gain a better sense of the landscape and hopefully pick up some printer recommendations. “I probably went to five or six workshops on 3D printing, and they would have these tiny little things there,” he lamented. His frustration mounted.

“In the last one I went to I said, ‘Okay, other than baby spoons and chess pieces, what can you make with this?’”

Bryant took his search online and stumbled across the original re:3D Kickstarter page. At that point the campaign was long over, but it led Bryant to re:3D, and thus to Gigabot.

Bryant’s boss bit, and shortly thereafter his students found themselves elbow-deep in the project of assembling a Gigabot parts kit.

“That was our first fun project with it,” Bryant muses. The learning experience of building the machine from start to finish was incredibly valuable for students, as they came to understand how the components work together on an intimate level.

Their next fun project came from the school’s art teacher, who approached Bryant and asked if he could print a classical face for drawing students to use as a practice model. Bryant and his students downloaded a 3D scan of the Smithsonian’s marble bust of Augustus Caesar and pressed print on their Gigabot.

As their first major print, they were still getting the feel for best print settings, and so the head weighs a hefty several pounds. “It took five, six days,” says Bryant, “but it turned out fantastic.” They learned to dial down the infill on future prints.

From Classroom Success to Real-World Wins

The Phoenix School Gigabot has been kept busy on a wide variety of projects since.

“One of the things that we wanted the 3D printer for was robotics,” explains CJ. He is unimpressed by the robotics kits often sold to high schools. “Everything’s already in there. There’s nothing to imagine: you put the kit together and you end up with the robot that you bought the kit for. I don’t want to do that.”

It’s clear what is on the top of Bryant’s mind as he builds his lesson plans. Woven into the fabric of every project in his classroom is the common thread of success; specifically, making sure he sets his students up for it.

Bryant views success as a teachable, stepping stone path that he very deliberately guides students down.

“At one point in time, we had our first big success. We had our ‘Aha!’ moment where we realized, ‘Hey, I can do that,’” he explains. “We learned, we experienced success, and success becomes a ladder to a successful future. You’ve got to start somewhere.”

For Bryant, the first step comes in the form of a 3D printed luggage tag/dog tag. “One of the reasons I have them make this…is most of the skills that they will need to use the CAD program for are wrapped up in this dog tag.” Within the project is a foundation of expertise that his students will continue to build on: a variety of CAD features, uniqueness (each student designs a tag with their own name on it), and operating a 3D printer to bring them to life.

Bryant sets his students up: he has a video tutorial for the students to follow along with as they design, and it’s common to see students helping each other, popping over to others’ computers to lend a hand when needed. At the end of it, each student gets to take home a trophy in the form of their very own personalized, 3D printed name tag.

“Their next project is a bit more difficult,” he explains, “but they have the tools and the recent success to build on.” The carrot in the form of more 3D printed goodies to take home probably doesn’t hurt either.

The apex of this is the fact that his classroom takes abstract concepts and turns them into concrete, real-world applications. Geometry becomes CAD, which becomes an object a student can hold in their hand, which becomes a job opportunity.

Bryant recalled a recent story: he was talking to the manager of a local business when he mentioned where he worked. “He stopped and he goes, ‘That new girl that works for us. She’s from the Phoenix School.’” Bryant recognized her name, a now-graduated student of his.

An Offer for Fellow Educators

Bryant has seen the school’s investment in 3D printing pay off for their students, and he’s learned some lessons along the path to where he is now.

His advice for other teachers looking to convince their schools to make a similar investment?

“Have a direction that you want to go with the 3D printer.” He’s asked teachers from other schools what they would want to do with one, and sometimes gets vague answers along the lines of, “Well, anything. Just think of everything we could print.”

They’re not wrong, he explains, but it helps the acquisition process to have a concrete proposal in place. “Have a direction you want to go with your 3D printer. Make a plan, even if it’s kind of out there a little bit. ‘If we had a 3D printer, we could…’ and fill in the blank.”

Bryant sees CAD and the doors it opens as the 21st century shop class. “We’re getting a whole different group of kids and we’re exposing them to this form of technology, and we’re doing more and more with it in the workplace. Ergo, we need to train the kids.”

He believes in it so much so that he has an offer for any teachers out there seeing his story.

All the work is worth it, as other educators will likely understand, to see the lightbulb turn on for students who may have previously been feeling their way through school in the dark.

“That’s what keeps this job fun and exciting,” Bryant smiles. The students are often very skeptical when they first enter his classroom, and then something clicks.

“By the time they’ve been in the program for a year or so, it’s, ‘Do you think we could?’ Then they start asking the real important two questions; ‘Why not?’ and ‘What if?’ And that’s the beauty of the 3D printer. I think 3D printing is only limited by our imagination at this point.”

Are you a teacher who would like to take CJ up on his lesson plan offer? Send him an email at cjbryant [at] roseburgphoenix.com 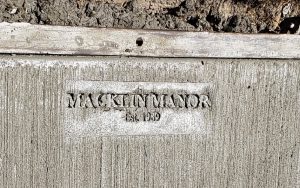 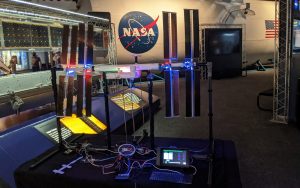