It’s a formula followed in different hotspots around the world: Silicon Valley’s Y Combinator, Santiago’s Start-Up Chile, San Juan’s Parallel18. Invite local and international startups to a centralized headquarters for a several month-long period, offer them capital and mentorship, and allow the creative energy and innovation to spill over into the local economy.

We ourselves have been a part of two of these programs, the first being our 2013 inception within Start-Up Chile, and most recently a member of the fifth generation of Parallel18 in 2017. The Parallel18 accelerator – commonly called by its nickname, “P18” – got its start in 2015 as a government-supported economic development initiative from the Puerto Rico, Science, Technology, and Research Trust.

“This program has a mission to promote innovative entrepreneurship in Puerto Rico,” explains Wanda Fraguada, P18’s marketing manager, “and we do that through now two programs: Parallel18, which focuses on startups that have traction and are looking to scale from Puerto Rico to international markets, and pre18, which focuses on local startups that are trying to get to market.”

Where the pre18 program focuses on only local, pre-launch startups, the Parallel18 track hosts a mix of Puerto Rican as well as international companies, and requires that participants relocate some of their team to the island for the five month duration. “In both programs,” says Fraguada, “we’re looking for innovative companies that can scale easily, that attend to global needs…and [are] easy to scale and reproduce in other markets.”

“During most of its industrial history, Puerto Rico’s economy has been leaning into manufacturing or pharmaceuticals,” Fraguada explains. “And maybe that’s why so [many] of our students and our young people think about physical products when they think about ideas for companies.”

Contrary to the oft-typical software-heavy cohorts of Silicon Valley accelerators, many P18 companies are working on physical products, like Parknet, which had to design physical scanning ports for their electronic controlled access systems, or WATRIC Energy Resources which is focusing on systems that condense water from the air.

“But,” Fraguada continues, “physical products come with a risk – well, they come with a lot of risks – but one of the biggest is, ‘How do I prototype it, how do I prove that this actually works without spending a bunch of money?’”

As many entrepreneurs are acutely familiar, prototyping a new product is no easy feat. It typically involves outsourcing the process to a third party, exchanging CAD files for machined mockups, oftentimes in a loop that can span many months as small tweaks are made to the form with each new model.

“In terms of entrepreneurship, that’s where I see 3D printing being super valuable,” says Fraguada.

When the technology became accessible to the masses with the popularization of desktop 3D printers, the prototyping door was kicked wide open. Rather than wait for a contracted machine shop to produce expensive, machine-milled pieces with weeks-long lead times, companies could buy their own 3D printers – sometimes for the price of a single machined model – and go through the iteration process themselves. Large format 3D printers like Gigabot further scale up that creation power to full-sized objects that may otherwise max out the typical desktop build platform.

For the resident P18 startups, this benefit became available through the Parallel18 giveback program, which encourages veteran startups of the accelerator to aid the new cohorts in the form of workshops. “re:3D was pretty active in our giveback program, and they started spreading the word about 3D printing and how to prototype,” recounts Fraguada. Long after our graduation from the program, local re:3D teammate and graphic design Alessandra Montaño continues to help other founders with CAD designs and tutorials on Gigabot.

As often happens with stories told by Puerto Ricans, at some point a familiar character enters the story: Maria. In this case, she came into the picture during our time on the island.

“Suddenly, September 20th came, and the hurricane hit.” Fraguada recounts Hurricane Maria’s toll on the island, and the subsequent pause on P18’s fifth generation in the aftermath.

“re:3D got into action really fast because they had been through previous experiences with hurricanes that same year,” Fraguada explains, referring to our Houston run-in with Harvey. “They started looking for ways in which they could impact the community and which they could help.”

We began working with Engine-4, a huge coworking and maker space near San Juan which focuses on hardware and Internet of Things devices. We continue to work with founder Luis Torres to host meetups and workshops in their space, acting as a 3D printing guide for the local hardware community as well as directly assisting with 3D printing items for relief efforts.

Plugging up the Brain Drain

Once the island was back on its feet and P18 had picked operations back up, they ended up launching their pre18 pre-accelerator program, which is where Fraguada believes re:3D has has been the most influential.

“I think [that] is where re:3D has had the biggest impact…helping our young Puerto Rican companies to prototype their products in a fast and cost-efficient way,” she says. “To help them see that idea that they had, that they had no clue how they were gonna do that prototype, re:3D has helped them to do that prototyping fast and in ways that will not break their banks.”

The motivation of having a physical prototype in-hand also does wonders for founders’ morale, she explains. “They’ve seen that their technology actually works, and someone’s giving them that hope that, ‘Hey, keep working at it because your idea is actually a thing in your hand now.’”

For the Puerto Rican team which manages P18 operations, seeing entrepreneurs succeed and grow into operating companies in the local community is the ultimate reward of the job.

“One of the things that made me decide to work in Parallel18 was knowing that in some way I was affecting positively the economy in the island,” explains Fraguada. “Knowing that this program would help a lot of people who were thinking of leaving the island or felt hopeless because they were starting their business and there was no help…and suddenly they found out that they could start a business and they would get support.”

Puerto Rico suffers from a lot of brain drain, she explains, when entrepreneurs and engineers leave to the mainland to pursue business ideas. P18 is incentivizing these innovators to stay local – or to at least start there before expanding to the broader US market – and showing them that there is a support system for them in Puerto Rico. “We’re affecting future generations in seeing entrepreneurship as a goal, not as an alternative – even if entrepreneurship is a crazy roller coaster. It still is your journey and you know that you are affecting your island in a positive way.” 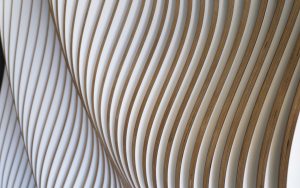