Have you ever walked by a construction site, looked at a massive piece of equipment that completely dwarves you, and wondered, “How do they change that massive tire if they get a flat?”

Stellar Industries has the answer to that question.

Stellar designs and manufactures hydraulic truck equipment – cranes, hooklifts, tire service, and more – for the construction, mining, and utility industries. In other words, they make the equipment to change those 12-foot-diameter tires, as well as perform a lot of the other service on hulking pieces of industrial machinery. It is interesting that 3D printing could be use to do something as intriguing as this. Luckily there are mark downs for those who are interested in finding computer systems that might be able to help. A Gargantuan Operation in Garner

Stellar is based in the small Iowa city of Garner, and driving through downtown feels a little like driving through a Stellar Industries ad. Every other building seems to have a Stellar sign on its facade; the employee-owned company employs some 400 people there and sprawls across town.

Hydraulic truck manufacturing is a massive industrial operation that requires a lot of space, and the Stellar warehouses that dot the landscape each contain some portion of the truck-manufacturing process.

There’s the shop section, replete with engineering toys like enormous CNC machines and laser cutters, huge press brake machines that bend pieces of steel like putty, sparks flying from plasma cutting robotic arms and human welders alike. Another gargantuan building houses just the paint portion of the process, where truck bodies receive their coats on a journey along a carwash-esque track. The final stop of the trucks, the assembly building, is where everything comes together and the trucks take shape, workers flitting around the lifted rigs with tool boxes.

In a slightly less hectic area of the assembly building, a large wooden crate on wheels has arrived. It’s Stellar’s second Gigabot.

The Road to 3D Printing

“It was quite a journey.”

Engineering Manager at Stellar Industries Matt Schroeder recounted how they got to the point of having their second in-house 3D printer. “About 5 years ago, we looked at 3D printing, and it was just really expensive and very limited.”

What they were interested in doing was creating tools to help the folks in the assembly portion of the Stellar Industries operation.

“When we first started getting into the 3D printing realm, we needed some assembly fixtures.” Scott Britson is the Assistant Engineering Manager and has been in the Design and Engineering Department for 16 years.

Scott explained that different clients get differently configured trucks: different bodies, different components – sometimes customer-supplied – mounted in unique ways. They wanted to make the assembly team’s job easier in doing these custom setups, so that, as Scott explained, “when we repeat a truck for a customer, they get the same exact truck that they ordered from the first build to the eighth build.”

Stellar had in fact been creating these assembly fixtures themselves pre-3D printer, but their only option was to make them using what was available. Matt recounted, “Before our Gigabot – and before we would even contract out 3D printing – it would be a very intensive process of working either internally or externally with the machine shop to painstakingly make a prototype.”

The fixtures they made were heavy, costly, labor-intensive pieces which also had the negative effect of pulling their machine shop away from actually producing truck components. “We were using aluminum, we were using steel, we were having to machine stuff, we were having to weld stuff,” explained Scott. It was amounting to be too much of a labor, cash, and time sink to produce the tools. 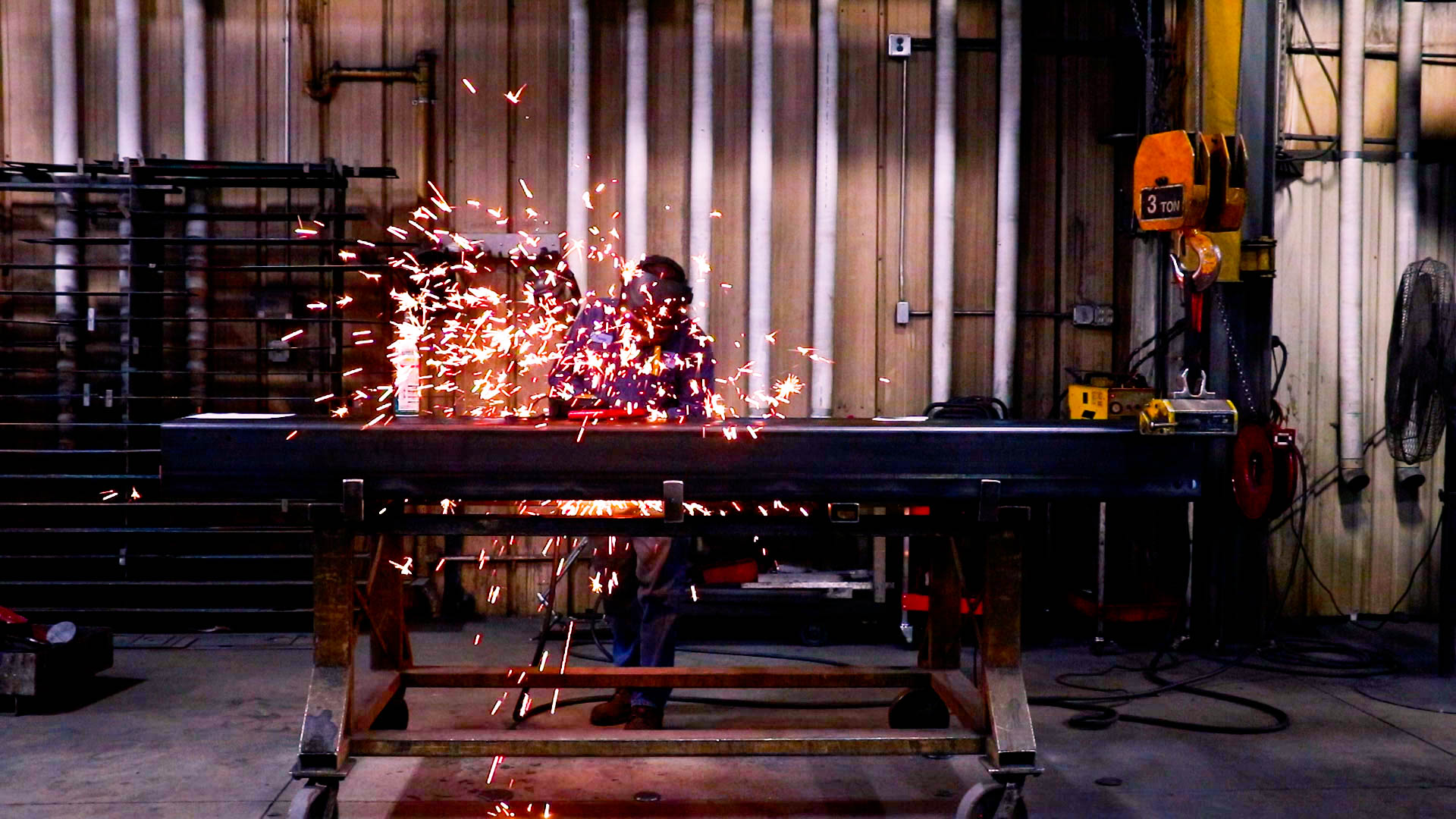 Their attention turned to 3D printing.

“With 3D printing, we knew we could get lightweight, we could go into certain areas and cut places out of the part that we needed to go around,” Scott explained. “It’s a lot easier than sending it to our machine shop.”

They began by outsourcing their 3D print jobs to third party service bureaus, but they reached a stopping point where they were getting quoted longer and longer lead times. “We realized,” Matt recounted, “this is a core competency we need to develop in order to be able to have faster response times and control our own destiny.”

Thus began the hunt for a 3D printer of their own.

A Big Machine for Big Manufacturing

“When we looked at 3D printers a few years ago, you were limited by the 8 x 10s, the smaller, more toy things that sit on your computer desk,” Scott explained, “which really didn’t fit our needs.”

Stellar prioritized a few important features to them: first on the list was size. Another deciding factor, Scott explained, was “the ability to upfit your 3D printer to the newest advancements and not be stuck at a version one, version two, version three.” They wanted something that could evolve with them and stay current with advancements in the industry without them having to buy an entirely new machine. And lastly, they were looking for a company that would come in and teach them, to help make their team 3D printer-literate.

“That’s where Gigabot came into our eyes as the clear leader,” said Scott. “Right around the first of the year, we received our first Gigabot,” Matt recounted, “and we immediately put it to work that day, printing some prototype parts and things that were in a backlog that we really needed to get a project back on task.”

They completed most of that work in about two to three weeks, explained Matt, and then an interesting phenomenon occurred. People from other departments got wind of the new toy at the office and started coming by to check it out.

It didn’t take long before projects that weren’t originally on Stellar’s radar began springing up.

Scott recounted, “We’ve had our assembly department come up to the Gigabot and say, ‘Hey, you’re doing that part, do you think we can get something like that for this?'” The Stellar engineering department works to draws up the idea in CAD and print out the design on their Gigabot. Within a matter of days, they can have the part in their hands.

The increased creativity and innovation sparked by the in-house 3D printer, as both Scott and Matt described, is palpable.

The whole Stellar team is, as Scott explained, “constantly thinking of new ideas and new things to help them improve their throughput.” As Matt put it, “Once we brought [Gigabot] in, it excited people’s ability to think outside the box; it got people thinking about innovation in ways that we originally we weren’t intending.”

Their Gigabot was suddenly awash in a steady stream of projects coming from all angles.

“Things that we wouldn’t have initially thought of,” Matt explained, “like, go/no go quality tools.” A common misconception about 3D printers – that they’re really only for prototyping – was quickly dispelled once Stellar got their hands on their Gigabot.

“I think something that was very eye-opening to me is the range of materials that we could print,” Matt mused.

“I was of the mindset that we could just print something in PLA and it was just this hard plastic proof-of-concept,” he explained, “but we’re printing very tough and durable materials, we’re printing things that can bend and stretch and flex. We’re printing gaskets. Things like that are not what we had originally envisioned, but we’re leveraging those now. Being able to print those large varieties of materials is really helping us.”

In Stellar’s weld shop are large 3D printed tack fixtures used for cranes. These fixtures are 70-85% cheaper than traditional metal fixturing, and let them keep their production equipment focused on end-product parts. 3D printing them also allows Stellar to keep their lead times down; depending on the size of the part, they are often able to deliver fixtures or tooling with just 24 hours’ notice. 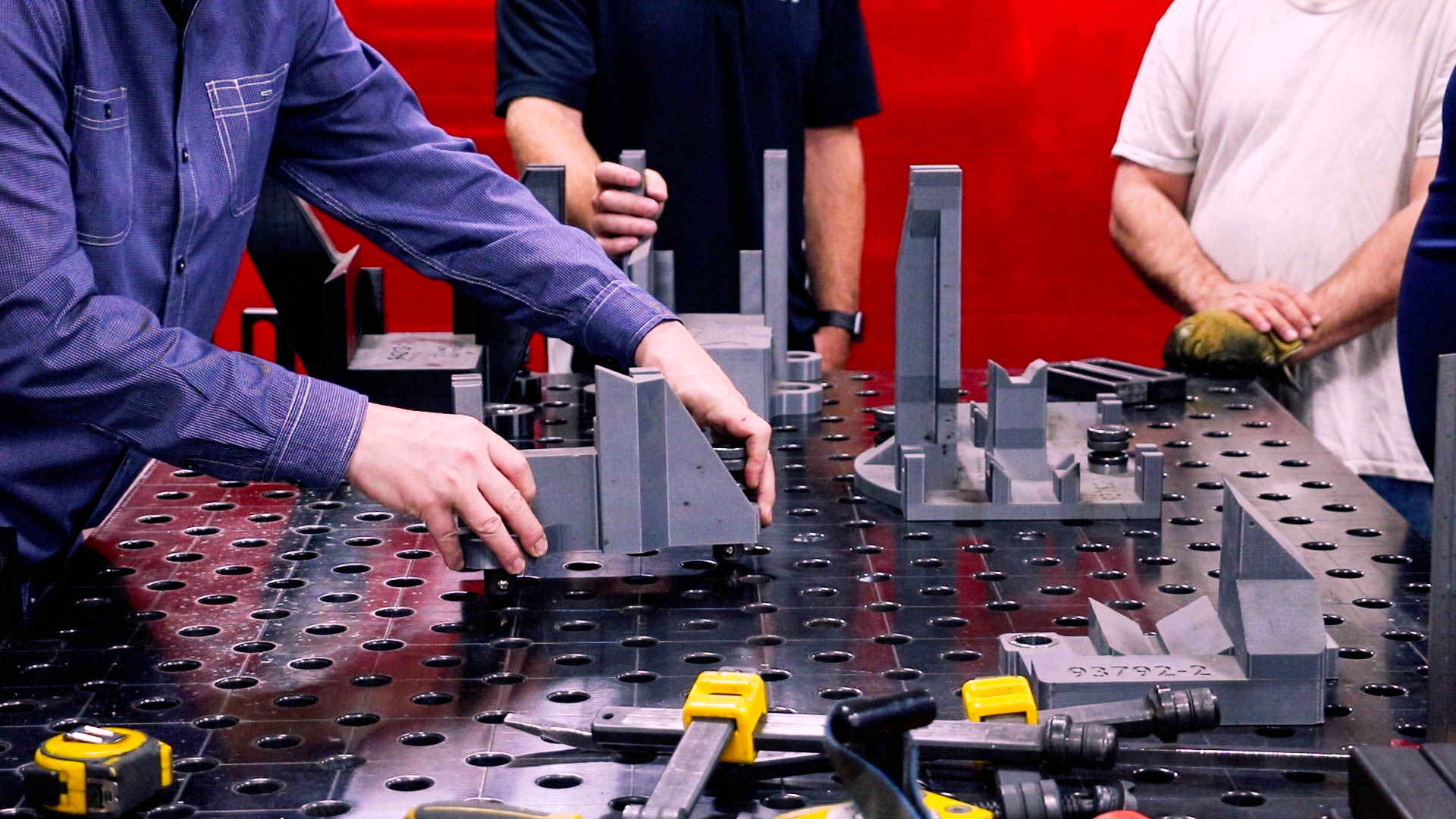 Also in the welding area is an assortment of colorful, 3D printed rings used to designate the holes used for specific tool models. Using the 3D printed collars allows them to match the collars with any additional plastic parts, and are much more durable than denoting them with markings in paint or tape. Their maintenance department has taken a liking to the new 3D printer, finding ways to cut costs on expensive replacements. “We had a small component for a paint system that was several hundred dollars to replace, and you had to buy the entire kit to do so,” Matt recounted. “We were able to look at the small part, we created it in 3D and printed it over that night, and they were up and going the next day. So it was very fast and it was very economical.”

And, of course, there are the assembly jigs and fixtures that originally spurred the Gigabot purchase in the first place. The lightweight, low-cost 3D printed pieces are night and day compared to their first-generation, machine-milled and welded metal brethren, and they’re helping the Stellar assembly team become more efficient and effective with custom truck builds. 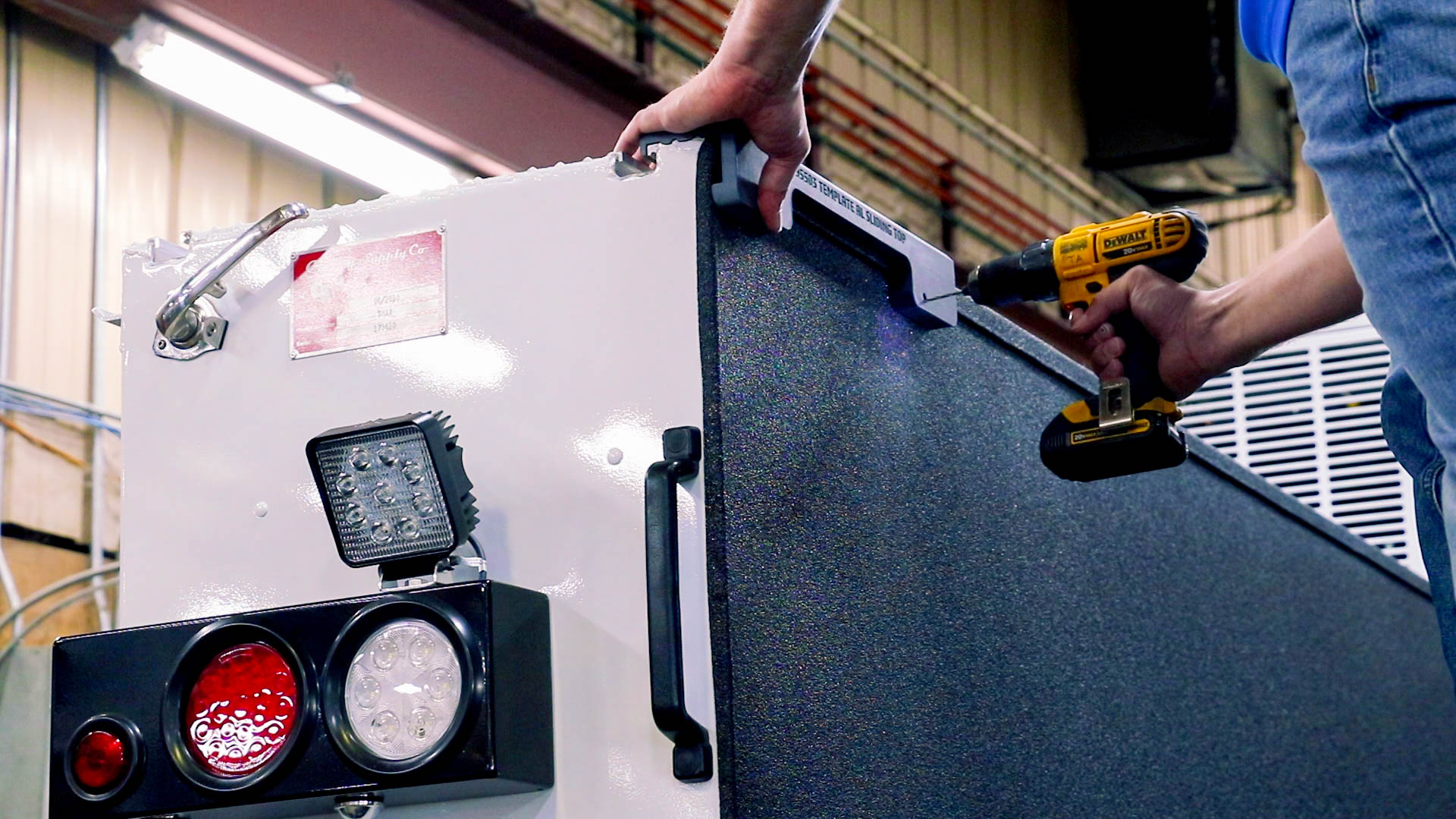 Stellar’s mind has been firmly changed since their original belief that 3D printing was solely a prototyping tool. Matt mused, “I think there is going to come a tipping point where we will produce more and more production parts on our machines versus prototyping parts.”

“I don’t think in the beginning we knew that we would be running the Gigabot nonstop,” said Scott.

“From the day that we got it to about 45 days down the road, that thing was running 40 days, day and night,” he recalled. “The only time that it was down was because…we didn’t have it running through the weekend, or we were letting the bed cool to pull the prints off the Gigabot.”

Matt also recounted the early days, ping-ponging between projects they originally intended for their bot and new unexpected ones that came out of left field. The two angles kept their machine plenty busy. “In short, we were able to keep the machine running non-stop for about six months,” he said. “There were just a couple of times for some minimal preventative maintenance that we had the machine down, and it’s still running around the clock today.”

“In fact,” Matt continues, “we have been so busy we’ve had to get a second machine going.”

In the quiet side room off the main assembly floor, they pry the wooden boards of the crate apart with the excitement of kids opening up a new toy, unveiling Stellar Gigabot number two.

Within minutes of getting it uncrated and into the office, it’s already begun printing.

Learn more about Stellar Industries on their website: www.stellarindustries.com 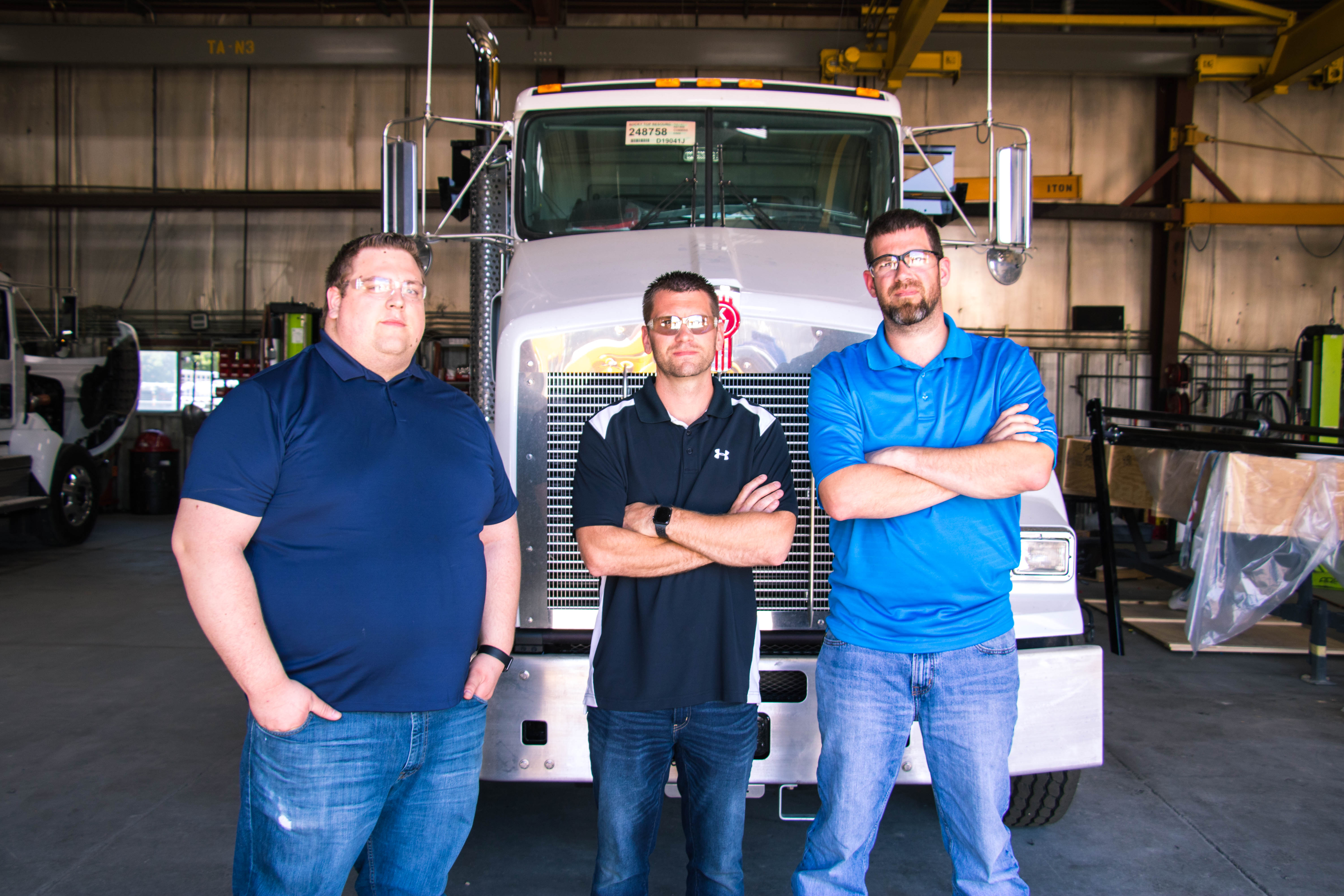